The long awaited refresh to Apple’s iconic line of powerful, high-end laptops is finally here. This time there are 3 variants and while two of them feature the star of the show, the third hints at the extinction of the MacBook Air. While the new MacBook Pro puts a lot on the table, some sought after features have also been removed in the pursuit of aesthetics and consistency. 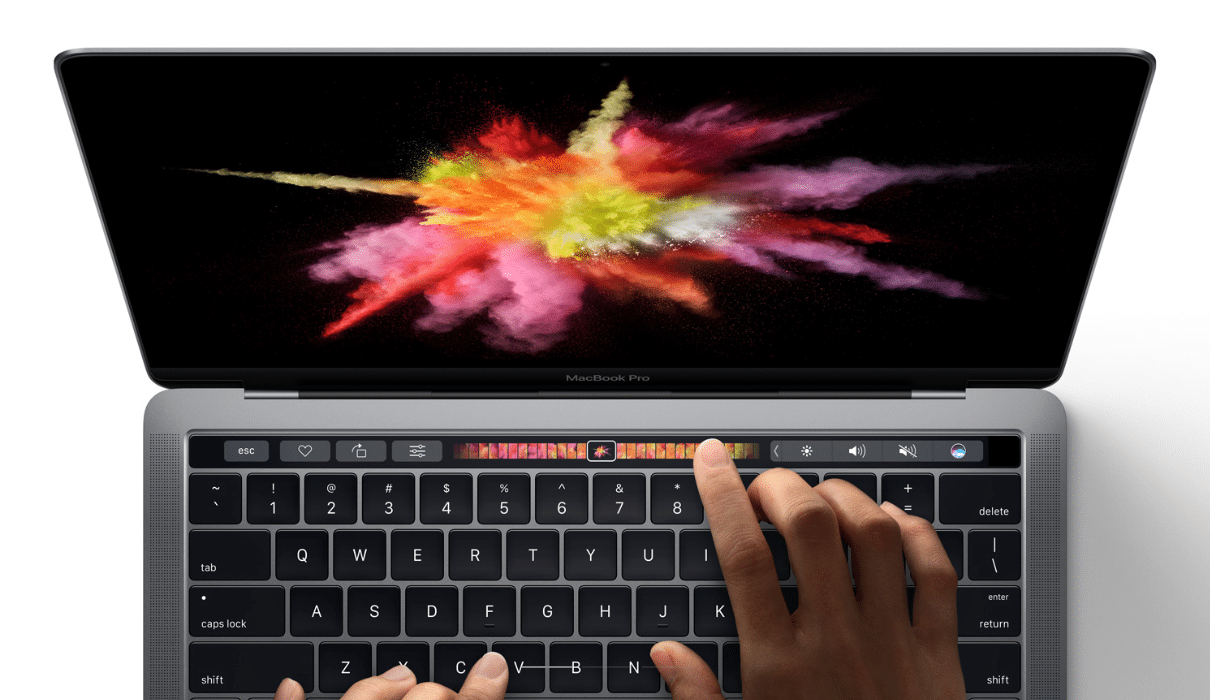 The standout feature for this year’s MacBook Pro is the Touch Bar, a touch-screen strip that lies between the keyboard and the display. Apple sacrificed the top row of function keys, including the power and escape keys for the sake of a more digital interface. This also made space for Touch ID on the right of the strip. This allows you to log into the device using your fingerprint, as well as make payments. The purpose of the Touch Bar is to provide additional functionality within certain applications. For example in Safari, you can get a detailed view of all open tabs. In photos you can scroll through your albums. In Final Cut Pro you can scroll through a timeline of what you’ve done. Whether this will be more than just a gimmick in real-world use is still questionable, as the Touch Bar versions have not yet been released.

Thinner, lighter and now in 3 variants

Making their devices thinner and lighter is a staple of Apple’s design language. The new Pro is 17% thinner. The 13 inch model weighs 3 pounds while the 15 inch model is just a pound heavier. Now that there are 3 variants, the average consumer may be a little more confused than usual. There is the most expensive option, the 15 inch with the Touch Bar. But then there is a 13 inch model with the touch Bar and one without. The latter mentioned version may hint at Apple killing off the MacBook Air. With the 2016 MacBook being the thinner, lighter and cheaper of the bunch, there is very little need for a new Air model.

A much needed display improvement

Apple device owners may have noticed that the older MacBook Pros have always had inferior displays compared to the iMac and iPads, especially when it comes to brightness.  The display is now much brighter and features higher contrast for deeper blacks and brighter whites. Apple claims that it is now more power efficient thanks to a variable refresh rate and a larger pixel aperture. It also has 25% more colors, which is especially important for video and image editors. Apple realized that a big improvement to the display was needed to keep the MacBook Pro relevant as a viable option for editors and acted upon it to the best of their ability.

The new MacBook Pro now features a completely redesigned pair of speakers that Apple claims to be 58% louder with twice the dynamic range. There is also a 150% improvement in the bass department. MacBooks have always been known for having excellent speakers, so for Apple to be able to make this much of an improvement is an impressive feat.

The MacBook Pro has to be synonymous with power, so Apple made sure that this year’s version had plenty. It now features up to 130% faster graphics and double the flash storage speed. This allows for an insane 40 Gbps data transfer. Apple also noted that the Pro supports up to two 5K displays. During the keynote they even showcased LG’s new 5K monitors made just for the MacBook Pro.

With less weight and bulk, sacrifices had to be made. The Mini Display Port that has become a staple on MacBooks is now gone. As with the SD card slot and MagSafe charger. To charge the Pro you will now need to make use of one of the two or four available USB C ports depending on the model. This also means you can’t connect your iPhone without an adapter. The lack of an SD card is especially detrimental to photographers, but this is an indiction of how aggressive Apple is when it comes to ruling out technology it considers outdated. Ironically, there is still a headphone jack.

All things considered, the MacBook Pro is a much needed improvement that will soon grace the hands of those who can afford it.. It has marked a new path for Apple, whether it is the right path or not, we will have to see. There is also a Space Gray model available, hinting at the possibility of an increase to the range of colors that the Pro is available in.

Must Read:Apple Refuses US Order Against Encryption
Read More
351