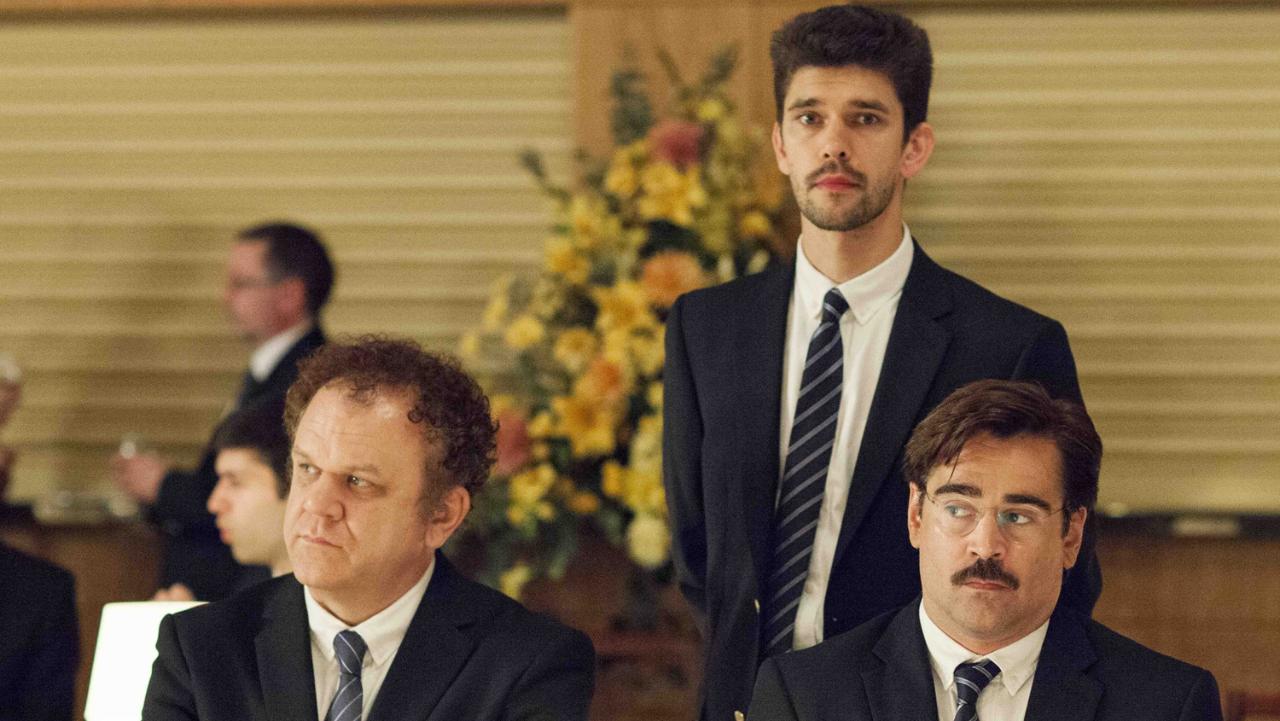 With 2016 just beginning, it feels like an opportune time to reflect and look back at some of the best sci-fi films of 2015. Last year was a monster year for sci-fi blockbusters, not only did Stars Wars return like a perfect X-mas present to moviegoers with The Force Awakens from the capable hands of “Jar Jar” Abrams, but other sci-fi films such as Mad Max enjoyed tremendous ticket sales that’ll ensure the future of sci-fi in cinema.

But! With the hubbub and noise generated from returning classics such as Star Wars, Mad Max, Jurassic World and Terminator and newer more original blockbuster efforts like Tomorrowland, The Martian and Ex Machina, you might have missed a few gems in an already star-studded science fiction year.

Don’t Panic, we’re here to help you navigate the choppy waters of lesser-known sci-fi films from the year gone by.

Combining a traditional thriller setting with the possibility of time travel via a futuristic camera capable of snapping photographs twenty-four hours into the future, Time Lapse provides both thrills and laughter. Three friends discover the time travelling camera at a neighbours apartment and instantly attempt to monetize it, but, as so often happens, a dangerous criminal element interferes. Come for the humour and action, stay for the dialogue on free will and destiny.

First hearing about this film from a friend, she called it “basically the opposite of Mad Max”. Showcasing an apocalyptical world after a global neurological epidemic, the few people who remain search for meaning and connection in a world without memory. Five stories are interwoven, each segment exploring a different component of a life led unremembered: Love, morality, family, learning and freedom. Embers examine the very essence of what it means to be human and is somewhat reminiscent of Tarkovsky with its ruined buildings and powerful, yet subtle performances from the cast.

Adapted from the J. G. Ballard novel of the same name, High-Rise stars Tom Hiddleston, Elizabeth Moss and Jeremy Irons and takes place in an alternative reality in London, 1975. Deeply visually appealing, this film probes the world of a fictional High-rise building, where the viewer is slowly introduced to an isolated society living in luxury, but perched at the brink of destruction. High-Rise is everything we wanted from Elysium (2013), but didn’t get. The film will especially appeal to fans of J. G. Ballards original novel, but the stirring visuals should lure just about any sci-fi fan in.

A failed artist wakes up to find all the windows and doors of his apartment sealed shut. Mysterious men lurk outside in HAZMAT suits, claiming the artists apartment complex has been sealed for his safety, but, as the film progresses, it soon becomes apparent that the real danger is locked inside the apartment block with the artist and his neighbours. A short, but thrilling ride and well worth the trouble to track it down.

Starring Colin Farrell and set somewhere in near-near future, all single people must face a challenge: Participate in an elaborate program at a country hotel to meet and fall in love with a compatible mate in 45 days or face being transfigured into an animal of their choice. This offbeat sci-fi comedy also features familiar actors such as Olivia Colman, Ben Wishaw and John C Reilly to guide you through the weirdness and the violence. Essentially a depiction of a bleak dystopia, this film will appeal only to those of you with the darkest sense of humour, but the rest of you should give it a try too.