Must Read:iPhone 7 – What we know so far
Sections
Now Reading
The Marvel Multiverse explained
NextPrev
Contents
214 215
0 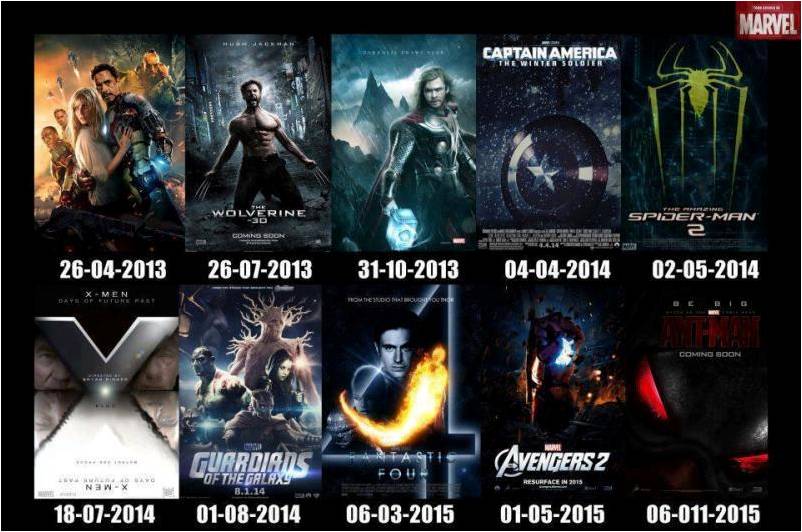 Welcome to the MARVEL Multiverse.

It would be uncommon in this day and age if you weren’t familiar with the Marvel Universe. Marvel was founded in 1939 as Timely Comics. They acquired the name Marvel 1961 where success started to really take off for them, creating heroes like Spiderman, Iron Man and The Hulk.

Saying this though, if we ignore all the previous Marvel films that have been discontinued or remade (or are planned to be remade), we would still be left with three Marvel Universes that are continuing at the same time.

Marvel studios which was founded in 1993 when they bought ToyBiz and started creating animated series such as ‘Spider man: The animated series’ and ‘X-Men: The animated series’. However, Marvel soon needed funding in fear that they may become bankrupt, and so they sought for big company producers to buy the rights to some of their characters and to make feature films of them.

It’s important to know which universe which set of heroes belong to – to avoid confusion as it is unlikely that any of these three different Universes will have a cross – over. However, if any of the production companies don’t produce any film on the heroes they have, or a film featuring that hero then they loose the rights to that movie (see original Fantastic Four film), meaning that the production companies have to keep churning out films no matter the quality (although they’re usually good).

20th Century Fox have bought many Marvel heroes in its time. However, they only have the rights to two on going franchises; and the only two franchises that they still have the rights to (against the wishes of Marvel) are the X-men, which they made back in the year 2000, having a total of 7 released films to date, and several more still planned, including Wolverine 3 – another sequel to the spin off series based around Wolverine, and ‘The Fantastic Four’.

Fox plan to create more spin-offs to the X-men films, including Gambit and Deadpool. You can also see the history of the Fantastic Four Movies and what to expect from the films by clicking here. Do note that since then they have confirmed that they will be doing a sequel to the Fantastic Four Film.

Sony pictures – a branch of Sony also have had the rights to many Marvel films – although, unlike Fox, Marvel and Sony do in fact have a hand in hand relationship.  However, Sony now only have the rights to Spider-Man, which they were given in 1999. They have currently made two different Spider-Man series’, the Toby Maguire’s ‘Spider-Man’ series from 2002 – 2007, and Andrew Garfield’s ‘The Amazing Spider-Man’ which has gone on from 2012 and is still going today.

Much to Sony’s dismay, Andrew Garfield only wants to do three Spider-Man movies which he has signed a contract to do, meaning that they are already planning a new Spider-Man series to replace him. On the other hand, this is many years away as before Garfield’s final film there are going to be three films in-between, a Sinister Six film (a group of main Spider-Man villains), a Venom/ Carnage film (Two other deadly foe’s of Spider-Man, although it is unconfirmed if Carnage will be present in the film) and a Spin- off film with based around a female protagonist (no information yet released on this. The Amazing Spider-Man 3 is planned to be released in 2018.

One should note that Marvel yet again needed funding in 2009 and so was taken over by Disney, who are now not only helping fund their movies but are also helping in the merchandise both in production and marketing.

With all the things that Marvel and others have planned, it is clear that the fairy-tale is not going to end here. More information on the different Marvel universe, be it films they’ve done or are planning to do can be found elsewhere on this site typing ‘Marvel’ into the search engine that we have at the top right.