A Walk Amongst The Tombstones. Plot and Review. 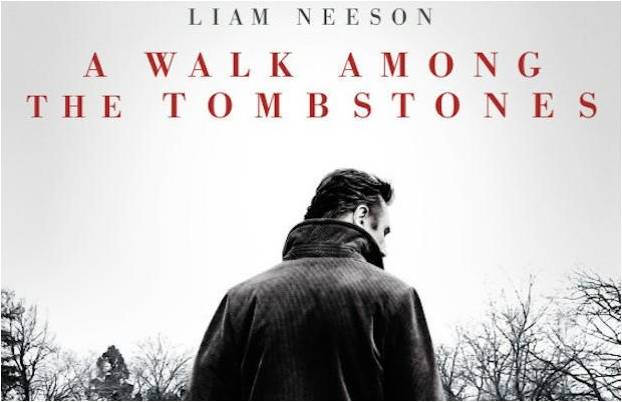 A Walk Amongst The Tombstones starring Liam Neeson, sounded like another one of his action based films from the way it was shown in the trailer, much like Taken or Unknown. However, whilst watching this film I soon realized that this is in a whole other league to those movies. Where as his previous films where an action packed drama in which all’s well that ends well, I couldn’t possibly say the same about A Walk Amongst The Tombstones.

A Walk Amongst The Tombstones is a very dark film, set in 1999, in which two men kid nap wives of drug dealers and traffickers and promise to return them in exchange for money. However, once they receive their money, they still record themselves abusing these women and making them choose which pieces of their body they still want attached to them, before inevitably hacking them to pieces and packaging them up in bags to be released to the public.

Liam Neeson plays a private detective – Matt Scudder, who is hired to hunt down the men who killed a drug traffickers – Danny Ortiz (Maurice Compte)  wife even though he did as they demanded. Following a lead Scudder realizes that there’s three men involved and that they’ve done this a few times before. Scudder finds one (of three) of the men to discover that he too was a victim before killing himself. Scudder then convinces Ortiz to reach out to his friends in the business to keep a look out for these killers. Scudder is then contacted by another drug Barron who claims that the men have kidnapped his daughter as appose to his very ill wife. Scudder then has to find these men before this young girl shares the same fate. What’s more it is believed that these two killers are on the payroll of the DEA.

The film is really made up not just by the story line and the actors, but more on the way it is portrayed. The direction constantly makes you think one thing is happening when in reality it’s something else. What’s more it gives a new insight into these two horrific killers – the like of which you rarely find in cinema. It was a fresh look into the criminal psyche which made one truly hate the villains as appose sympathizing with them.

Admittedly, there are parts which are borderline cliche, and the name is disappointing too, but I think these are easily forgivable when you see real affects of crime and the people who suffer from it. It could quite possibly be the new Friday 13th.

Google announces Nexus 6, 9 and Player
Next

Top 5 Films that were released in October
Page Sidebar