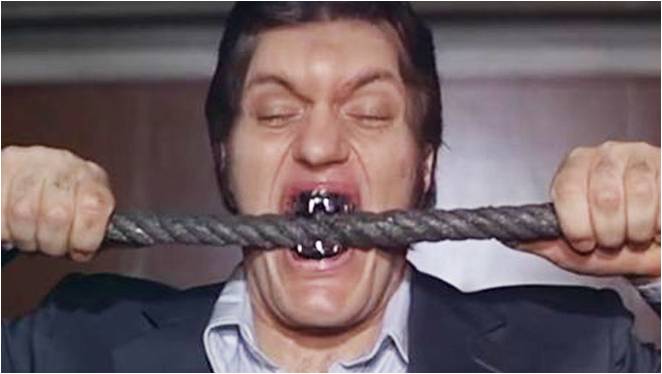 Richard Kiel (Tangled, Jingle all the way and Happy Gilmore) is most well known for his character as Jaws in the James Bond franchise. He was one of the most impressive and unusual Bond Villains in the History of James Bond. He first appeared in The spy who loved me in 1977 as a 7ft 5 inches villain with metal teeth. Not only was he physically strong but his teeth were so powerful that he could bite through cable lines on cable carts.

He would appear again in the following bond film Moonraker in 1979, where he would fall in love and forget his feud with James Bond, an agent for MI6. Keil was scheduled to be playing a main role in an upcoming film The Engagement Ring. He first appeared in the TV series Klondike (Klondike was set during the early days of the Klondike Gold Rush 1897 in the town of Skagway in the Alaskan Klondike region) as Duff Brannigan in 1960.

Richard Kiel died yesterday at the age of 74, three days before his 75th birthday. Although what he died from has not yet been released to the public, it is known that he was admitted to his local hospital in Fresno, California with a broken leg.

Why the Google car may never make it to market
Next