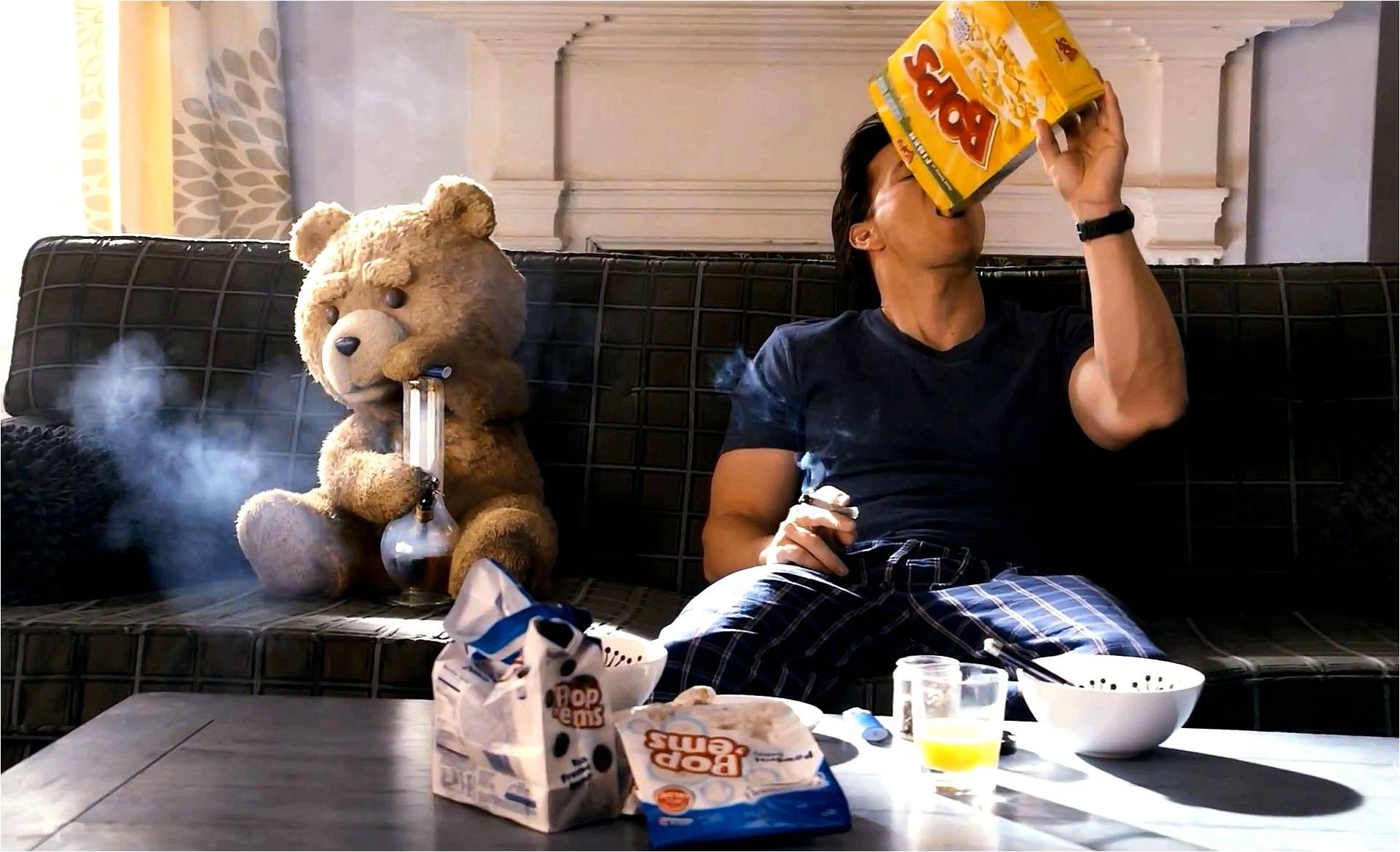 In 2012, Seth Macfarlane  (family guy, a million ways to die in the west) released a film about a boy who received an ordinary teddie bear called Ted (voiced by Seth Macfarlane), but from some miracle gained the ability to speak, interact and have a mind of its own. We transport to some years after the event to see that the boy has grown up to become Marc Wahlberg (Lone survivors, Transformers 4), a man who rents cars for people. Ted is well known globally of course, and all is swell. Marc is dating  Mila Kunis (That 70’s show, American Psycho 2) and it’s quite serious, whilst Ted is dating Jessica Barth (Next, get smart).

All would be fine if Ted wasn’t hunted down and kidnapped by  Giovanni Ribisi (Friends, Avatar) who stole it to give to his son, whilst Ted tries to escape and Marc and Mila try to rescue him. Also featuring Patrick Warburton (Rules of engagement and the emperors new groove), Joel Mchale (Spider man 2 and The soup) and Matt Walsh (Due date and the hangover).

It’s a film with crude and adult humour as Marc and Ted get up to a series of escapades.

No story has yet been released of the film, but what we do know is that it will be released in 2015 and several stars will show such as Seth Macfarlane, Marc Wahlberg, Patrick Warburton and Jessica Barth.

This means that Mila Kunis for example has been removed from the picture. Other actors who will be featuring are Amanda Seyfield (Mamma Mia, Jennifer’s body), Liam Neeson (Taken and A million ways to die in the west) and Richard Schiff (The lost world; Jurassic park and Man of steel).

Access your desktop or laptop securely from anywhere! How to guide.
Page Sidebar