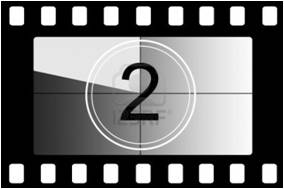 Released in 1903, the Great Train Robbery is about a group of bandits in the theme of cowboys not only stop a train but, as the tittle suggests, robs the train and steal all it’s loot from the passengers. To add to the pressure, the police are in hot pursuit. And it is also fictional. The reason I placed this film in this list is because it is the first action film there is. Seeing that there are now thousands of them that bring in billions of dollars, pounds, euro’s, etc, it seem’s only fair to place it in the list seeing that it’s genre is so popular.

The film was released in 1927, however, it is set far in the future. It is set in a city that is split in two between the working class and the city planners. Much like Romeo and Juliet the son of the city’s mastermind falls in love with a working class woman. Moreover, said woman is also a prophet who predicts that a savior will emerge and resolve all the difference between the two sets of people. The reason I place this film in this list is because it was the first science fiction film in all time. This is yet another popular genre which has many different spins over the past several decades, allot of which were completely original.

The Horse in Motion

Cupid Angling was released in 1918, and much like the others, I do believe it fair that you know what the film is about. However, not only is it a lost film (no trace of it can be found anywhere) but also no trace of the script, let alone of the plot can be found anywhere. However, due to the tittle it is generally believed to be related to love and possibly the first romantic film of all time. What we do know however, and the reason why it is in this list, is that it was the first ever film to be in colour. Although, this didn’t really catch on until after sound was added to films, due to costs.

The Jazz Singer was released in 1927. The son of a Cantor (man who runs a synagogue – Jewish religious house of praising such as a Church of Mosque) goes against his fathers wishes so that he can fulfill his dream of becoming a jazz singer. The reason that this film is on the list is because it is the first film sound. Mind you, would you want to see a film about a man who wants to be a singer with no sound or even hear the singers voice?

The Terminator is a film set in the near future (2029) where robots have over frown the Earth and are trying to destroy humanity. However, humans aren’t going down without a fight. A terminator is disguise of a human and looks like the one who failed to kill a woman – Sarah Connor in 1984 and must now protect her and her son from an even greater robot. The reason for this, this terminator robot was reprogrammed before it went back in time to 1991. However, the terminators also have a trick up their sleeve and that is that they have a next generation of robots made from liquid metal that can not only repair themselves but evolve to overcome anything.

The reason that this film makes it into this list is because it was the first film to ever use CGI (Computer Animated – one of the most common editing techniques used by editors at present. Before then, editors had to use cartoon drawings, special costumes or other techniques to acheive those special effects.

In 1906, Humorous Phases of Funny Faces was made and released. Yet again, it is exactly as the tittle suggests. The reason as to why this film is within this top 10 is because it was the first film to have animation of any sort (excluding the fact that the first films where just pictures taken very quickly and put together). These faces were hand drawn and much like a flip book or a film at that time, the faces gradually changed and it was like watching a cartoon.

This French film was released in 1896, and is about a woman who can change into the form of a bat or an old woman, torments a man. Some believe that she was the first vampire in a film, others say that she was the first which. Some argue both. What ever you believe, the reason that this film is in this list is because it is the first horror movie ever made.

This fictional story was released in 1895 and is about a gardener in Lyon (France) in the spring being tormented by a boy playing with the gardener’s hose. You can probably guess why this film has made it into this top 10, that being that it was the first commedy ever made. When I first heard the plot my ribs split – mind you comedy was different back then.

Doom was a video game series from the 90’s that has made a comback in the 21st century. When Doom 3 was released, a film based on the video games was released around the same time, in 2005. However, both the film and the games have the same events just different story lines. The games where basically a marine trapped in UAC labs (Union Aerospace Corporation’s Olduvai Research Facility) , a complex on Mars that is being attacked by demons, experiments gone wrong and zombies.

The film, still set in 2046 is about the same event, however, it is about the marines that escavate the labs after the event, as a help team to rescue those who are still alive. They had no idea what they were going to encounter – and they soon regretted it. The reason why this film is in this list is because it was the first film that was filmed in first person (not being a person holding a camera like in Quarentine or Clover Field). This film was filmed in allot of the parts through the eyes of one character, adn you could clearley see what he saw. This was the main selling point of this film.

This list was primarily focused on cinema’s firsts, as appose to the largest grossing film franchise at present – Harry Potter at $7,723,431,572 for 8 films, on average $965,428,947 per film (the first being the philosipher stone) or for a film that has affected the world the most such as V for Vendetta which has inspired the public group to fight gouvements and crime like vigilanties called Annomalus, or even the most enjoyable film which can be what ever you want it to be. This list is simply the film of firsts.

And one should note, if you want to watch all these films, it’ll probably take you two evenings to do so seeing that most of the one’s from the 1800’s and early 20th century are only a few minuets long. But if you do wish to do that, enjoy.

The film which has effected the world the most. The greatest drama in the world V for Vendetta – talk about directly, mention chaos theorey 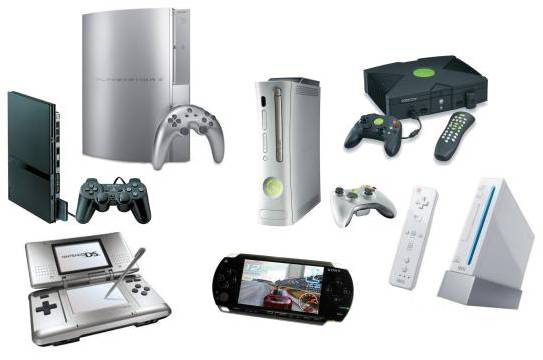 Top 5 revolutionary games of all time
Comments
Leave a response

Deadpool movie? A MARVEL expansion!
Next

How to recover deleted files on your PC
Page Sidebar