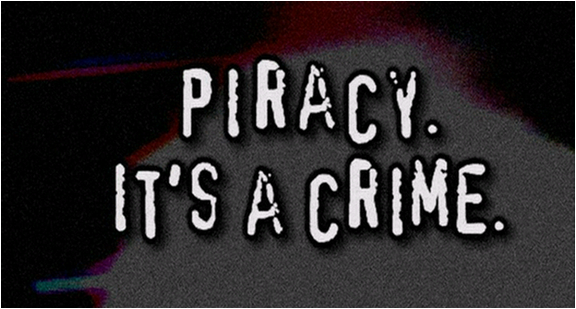 In 1994 a film was released, and it was written by David Veloz (Behind enemy lines), Richard Rutowski (Nixon), Quentin Tarantino (Pulp Fiction) and Oliver Stone (JFK) who also directed it. It starred Woody Harrelson (True detectives, Cheers, Zombieland, Now you see me and Seven psychopaths) and Juliette Lewis (from dusk till dawn and Due date) as two sets of people who had distressing childhoods, come together in romance and become serial killers and famous for their crimes, much to their likeness. It also starred Robert Downey Jr (Iron man and family guy) and Tommy Lee Jones (The fugitive and Men in Black).

This film was banned in America because it is believed that it caused a verity of people to go on mass massacres, the most famous being the Columbine school massacre in 1999 which lead to the death of 13 people and the injury of 24 others. The culprits where students at the school and it is believed that this was their favorite movie.

Basketball diaries is about Jim Carroll’s (a real life drug addict) and his time at school. He was a member of the basketball team and the team is his life. It is full of characters like his best friend who is suffering from leukemia or his coach who abuses the children. The film is starring Leonardo Dicaprio (Wolf of Wall Street, Titanic and Inception) and was written by Bryan Goluboff (Big Al) based on Jim Carroll’s book. It was also directed by Scott Kalvert (Deuces Wild). It was released in 1995.

The reason that this film is banned is not because it inspired people to take heroin or because of the child abuse but rather because it too inspired a few people to go on a rampage. In the film, Jim imagines going around the school and killing people and shooting at things. It is believed that this convinced other to go on school rampages, but non as great as that inspired by Natural Born Killers.

Human Centipede 2 was created because someone dared the writer to write something more disturbing than his first Human Centipede movie. In this film the human centipede is but a movie, and the villain is a fat dwarf who lives with his mother who verbally abuses him and was sexually abused by his father when he was alive. He has a therapist who is also madly in love with him, and he is a huge admirer of the film The Human Centipede convinced that it is 100% medical accurate (he actually does as well). He then goes out of his way to round people up (12 in total) to make one massive human centipede.

He kidnaps people, mutilates them then surgically attaches them together mouth to anus to make a huge human centipede which pleases him greatly. However, when the centipede is ripped apart or some of them are dead from blood poisoning, he then puts a bullet through the rest of their heads except for one of the victims (plays an actress from the first movie – I don’t know why she agreed to do that again) who tortures him immensely. It is shot completely in black and white and is made cyclical by the fact that as the film ends, it zooms out again and we see the villain watching it like he did with the first one.

This film was released in 2011, and despite what you’ve heard, this is not why it was banned. It was banned because one of the victims who managed to escape before turning into the human centipede was heavily pregnant. Whilst naked, she locked her self in the car whilst the villain tries to brake in. She gives birth in a matter of seconds before pushing down on the accelerator and crushing the babies skull thus killing it. And now the writers are producing an even more disturbing one, why do people watch it just to be disturbed?

In 1992, reservoir dogs was released. It is yet another film written but also directed by Quentin Tarantino and who  plays one of the characters in it. The film was about a group of people hired to rob a bank, but it goes horribly wrong. Some of the group meet up in an abandoned wear house which is where they were suppose to go after it all, but not all of them turn up. As a new character arrives or leaves we learn a little more about the story of what actually happened during the heist, and how they plan to tie up their lose ends and get away scott free.

Texas Chainsaw massacre was written by Kim Henkel (Texas chainsaw 3D) and Tobe Hooper (poltergeist) and directed by Tobe Hooper as well. It’s a lovely story about five friends visiting their grandfather in the country. But what’s this? A murderer wearing a dead persons face chasing you with a chain saw…. and who has a family of grave robbers and cannibals. Thinking about it, this is definitely a disturbing horror which doesn’t surprise us why it was banned.

In 1973 a film that was so scary that it was banned briefly was released due to the subject matter and the effects used to prove their point. It was directed by William Friedkin (Killer Joe) and written by William Peter Blatty (The ninth configuration). The film is exactly as the tittle suggests. A young girl has been possessed by a demon and so the family hire a priest to exercise her, however, this demon has some sick sense of humor as it does some truly distressing things.

In 1980, a New York University professor returns from a rescue mission in the Amazon Rain forest where a group of people were recording local cannibalistic tribes. He returns with their footage. It was written by Gianfranco Clerici (The New York Ripper) and directed by Ruggero Deodato (The Barbarians). This film was banned because of it’s disturbing depiction of human mutilation.

A notorious criminal (female)  is up against a sleazy married couple who go out of their way to humiliate her. She was once a divine figure, but after a transvestite that was designed to look like her followed a dog and waited for it to defecate before eating it’s excrement was something that ruined her reputation. This was so disturbing and disgusting that it had to be banned in fear that it would inspire others to do disturbing things. This was in 1972 and was before the internet really hit off (don’t worry, you’re safe from that on this site).

In 2002, a sundance winner and an 8 minute short was made which was a spoof off of the Sesame street gang members Bert and Ernie. The film is about Bert having an affair with Miss Piggy whilst also having a gay affair with his room mate Ernie, and all of this was publicized by journalists. This film was going to be banned for being ‘a bad influence on children’. You could argue because it was of the affairs but others believe that it was because of the homosexual relationship between Bert and Ernie such as the Teletubbies were threatened to be banned because they believed one of the characters were too much like a transvestite or homosexual (SERIOUSLY!). However, the film was later banned because of licensing infringements.

The profit was released in 2001 and was written and directed by Peter Alexander (Back to the future…. the ride). The film is about a man who is inspired to make his own religion in order to become rich. He pretends that he has received a new vision and starts his own church. The reason that this film was banned is because people didn’t like the extent that he went to to con people. They not only thought it was twisted (because if people found out that what they believe in is a lie they may actually kill them selves) but also that it was a bad influence in the real world. There are allot of religions which appear to most as unbelievable and that started like this, moreover people feared that it will highlight steps to start your own Manson Family (a group of serial killers – a mas cult) and for this reason it was banned.

This ban was brought mainly by the Church of Scientology (a cult that believes aliens made the Earth and that you don’t actually die but rather your sole is taken by aliens to another planet) due to similarities in the film’s churches beliefs, and the similarity in the man who founded it with the man who founded Scientology. Even the names were similar, however the writer denies all accusations.

Robert Downey Jr returns for next Sherlock instalment
Next