Must Read:iPhone 7 – What we know so far
Sections
Now Reading
Dawn of the Planet of the Apes – Movie Plot
NextPrev
Contents
28 28
0

Dawn of the Planet of the Apes – Movie Plot 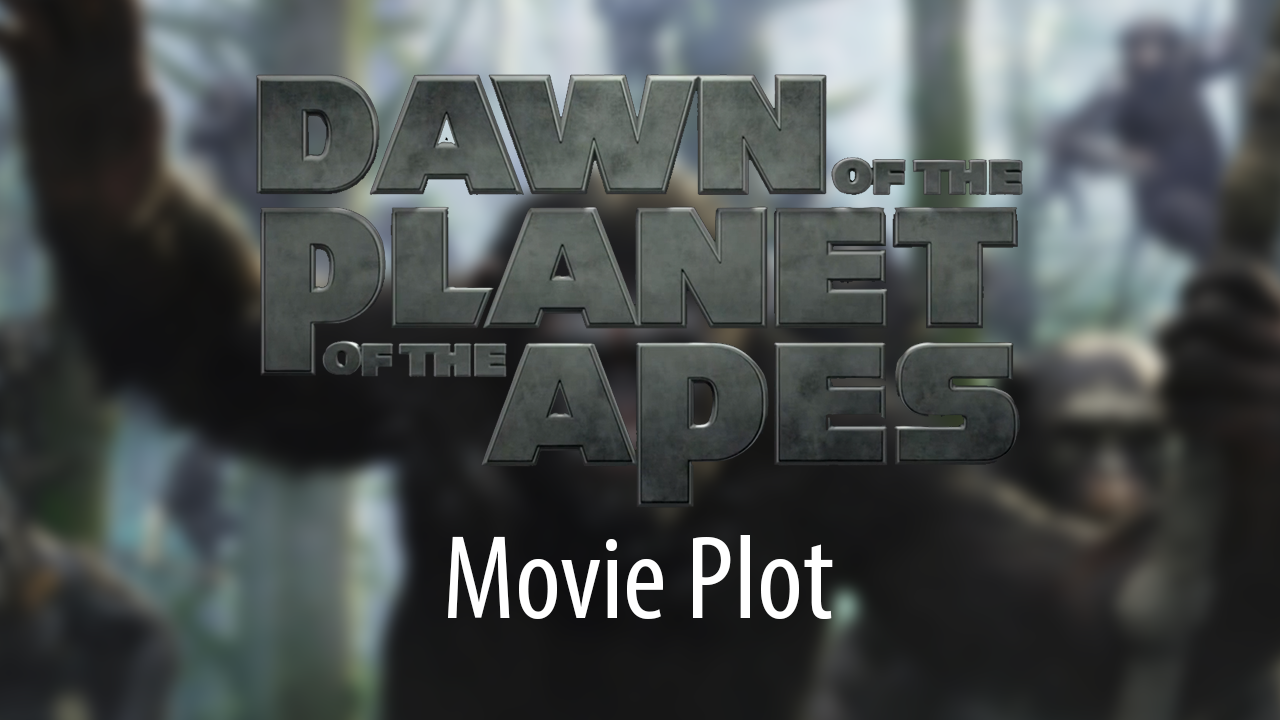 Dawn of the Planet of the Apes – Movie Plot

Planet of the Apes?

James Franco was a scientist trying to create a cure to Alzheimer’s – a degenerative illness of the brain. In it he and others experimented the drug primarily on apes, and it was working wonderfully. In it James Franco also made the acquaintance of his future bride who was also a vet at a zoo. He also had a pet Ape called Caesar (who was also being experimented on) which would be the ape to start the rebellion for freedom. In the end there was a massive standoff on the Golden-gate bridge in which James Franco said goodbye to Caesar as Caesar and his fellow apes went into the forest to live the rest of their days. In the meantime, the drug that was being used on the apes had horrible effects on humans and started to spread like a plague.

In the sequel, Jason Clarke (The Great Gatsby and Lawless) and Gary Oldman (The Dark Knight trilogy) started off a city in San Francisco for all the survivors of the plague that was taking over the world ten years earlier – in the first film (all the survivors were immune). However, all was not well as soon the city would have run out of electricity, and the only way to resolve this issue was to go to the dam on the other side of a forest to try and power the city and have any hope of contacting another city that may be out there.

However, as a small group make their way through the forest (guided by Jason Clarke) they come across where hundreds of Apes live, including their king Caesar. After injuring an Ape, Jason and his party are forced back to their city where all the Apes threaten them to never return lest they want to create war. In this, Caesar has a wife and two sons (one of which is a new born), and Jason’s character has a wife and one son.

Oldman suggests that they return to the Ape’s hide out and kill them all, so that they can start their work on the dam, however, Jason pleads for time to speak to the Apes so that they may form a friendship between the two species.

However, not only do the humans divide in their opinions but so do the Apes on whether or not the humans should be helped. The film drastically escalates to the point that the home of the apes is burned down, and the new city is destroyed in a mass war with an incalculable amount of death. And if you think that this summary has ruined all the story line or surprises, then you would be mistaken as the plot keeps thickening.

Planet of the Apes is no doubt a cinematic masterpiece. And with the outstanding Rise of the planet of the Apes setting the new level of standard for the films, it made it hard to beat. Saying this, Dawn of the planet of the apes may have done just that. It has certainly upped the ante in terms of effects and action with mass war, but it also had a much more delicate story line facing politics, diplomatic decisions and the need of survival that can often be found in rare survival stories (such as The Walking Dead: Season 3).

It is therefore no surprise that this film shall entertain most to a high level as not only does it tick most people’s boxes but entertains in a verity of ways. Be it building suspension or the way the story suddenly turns into something else. The story is written in a way that’s easy to follow, and the action is conducted in a way that’s easy to understand (be fair, an average person may have had difficulty telling one ape from another if not for the outstanding direction). This film is without a doubt a must see.

John Wick is Back
Read More
68

Transformers: Age of Extinction – Review
Next

Dawn of the Planet of the Apes – Review
Page Sidebar