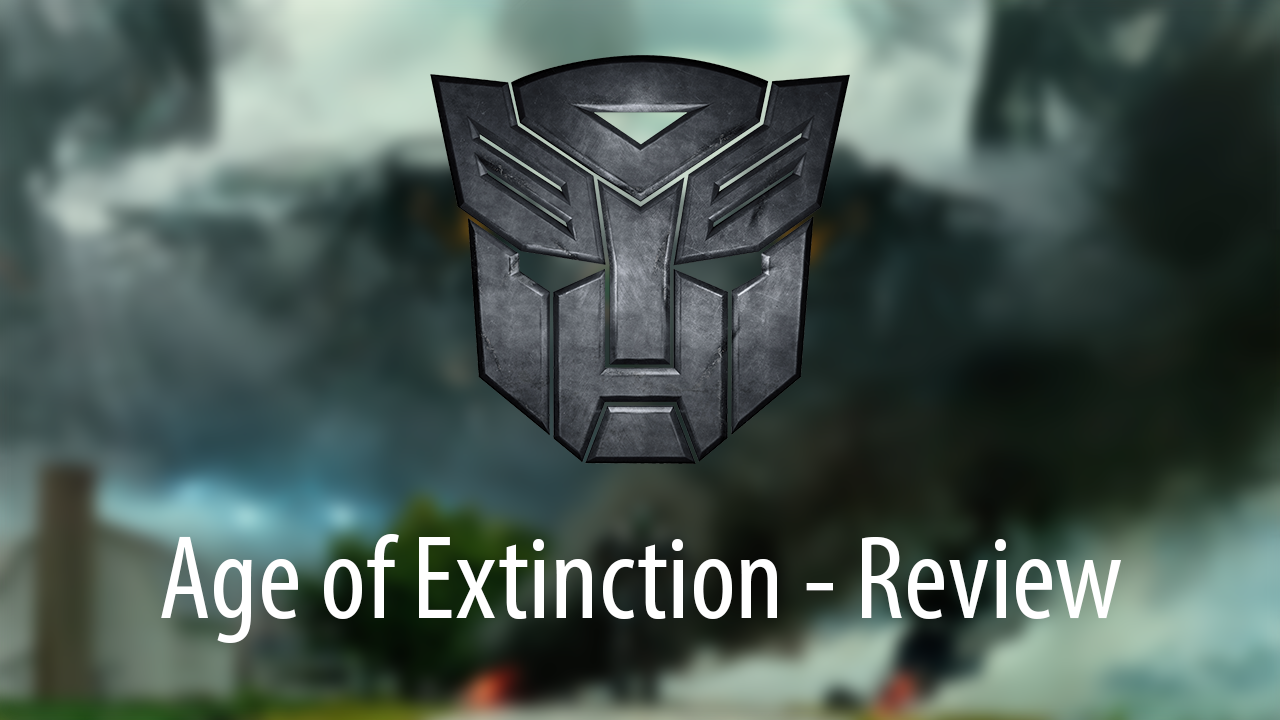 I tried to fend off early criticisms of this film and the whole franchise in general. My criticisms of this film are not concerned with the sustained action and devastation as I understand this is the nature of the film, moreover I think this films failings lie in defects the previous films suffered; an expositional script, weak characters, a repetitive plot and an unjustifiably elongated runtime. The forth sequel is the best sequel to date, but it still fails to rekindle that magic of the first film; that same level of a comedic element isn’t present in this one and unlike the 2007 rendition, no characters really grasps one’s fascination. However, if you simply want destruction and devastation, coupled with slick looking action scenes and some breathtaking slo-mo shots then this is film for you. This film proves Michael Bay is more than capable at directing a good-looking “robot war” movie, but is completely inept at creating a compelling human storyline.

Whilst the new addition of Wahlberg may seem like the franchise has introduced change, it hasn’t. The new cast is simply a venir, underneath which lies a plot seen in the previous films. It’s slightly different, and this very slight altercation to the story does make a difference, this new film gives an interesting new twist to the robot side of the story, but more of the same “I’m a rich businessman looking to capitalise on the Transformers”/ “I’m a government agent wanting to capture all the fugitive Transfomers”. The Transformer storyline is interesting, it’s fixated upon the extinction of the robots and their origins; which is teased, but never truly realised – nevertheless it’s enticing. But on the other hand, the new faces don’t alter the bland human storyline – it’s more of the same, unfortunately.

As you’d expect, the plot is sidelined and paves the way for non-stop action. I don’t find this an issue as this is a Transformers movie, where the action takes centre-stage. It does in a terrific way. The action is varied and relentless, I think this film has the best action out of the series due to its varied nature; dogfights, dinobots and rapid high-speed car chases. It’s a bit of everything and is glorified and this is where Bay and the franchise excels. Seeing the robots Transform is different this time round and even more eye-catching. What I thought stood out about this film was Wahlberg’s involvement, unlike La Boeuf Wahlberg actually had something to do aside from scream; he was a handy-man with extraterrestrial weaponry and had an active contribution towards the boss fight at the end. Whilst the action is spectacular as usual, it’s even more intricate this time round with the exciting addition of dinobots who are shy of a decent amount of screen-time – nevertheless, the steal every minute they are on screen. It’s a fresh addition and elevates the action in this sequel/reboot to unseen levels in the franchise. Revenge of the Fallen and Dark of the Moon flaunted dull action in comparison with this and in this film, the implementation of ‘Lockdown’ exceeds the role of ‘Megatron’. It’s an action film through and through, but even the best of these needs something on the side. Bar arresting action sequences and captivating special effects, the film falls flat on it’s face due to it’s dire human exposition.

Wahlberg is good, but everyone else bar Tucci is abysmal. Kelsey Grammar is a feeble adversary and Jack Reynor gives one of the worst performances in a film I’ve seen in a while; his ‘Irish’ accent is shockingly bad and it drags you out the film completely. The biggest issue with these films are the human aspect, they are very, very weak. In this, no one is funny (despite trying to be) and no one is likeable (apart from Wahlberg). The same dumb, clumsy government storyline is present alongside the weak clichéd family storyline – it’s not ideal and not gripping. This poor human aspect of the film really brings the whole film, it makes it drag and slump. The human story is rarely intertwined with the robots successfully, so the scenes with just the humans are so laborious that you desperately want another Transformer sequence. To put it frankly; the film’s got shackles upon it, holding it back – the shackles being every human character. Furthermore, the opening 25 minutes are incredibly dull and could have been trimmed down substantially from the ridiculous 170 minute runtime. It’s unfunny, there is no character development despite Bay desperately trying. I feel this film needs two directors, Bay for the robot element and another for the human element. It’s difficult to remove Michael Bay from the chief position as he does his job efficiently; he delivers an action-packed spectacle that rakes in money. For kids, he is ideal. But for the maturer viewer, more human development is most definitely required, something that extends beyond bland expositional dialogue.

Panning this film for the feeble human element is futile, essentially this film is designed to be a non-stop action film that looks good and provides an attractive spectacle of robots thrashing the bolts and nuts off of each other. Does it do this? Yes. The films robot element is one of the best in the series, it’s a new storyline injected with new elements – creating a surprisingly entertaining, fresh twist to the franchise. The faults in this film protrude like a sore thumb, the weak human element is tragic and the film suffers as a result. But, anyone paying to watch a Transformers movie isn’t extensive character development and a intricate plot, they want mindless action and this is what they get. A more mature moviegoer would find solace in a more sophisticated film – something that the Transformers films cannot be as long as Michael Bay is at the directing helm.

Dawn of the Planet of the Apes – Movie Plot
Page Sidebar