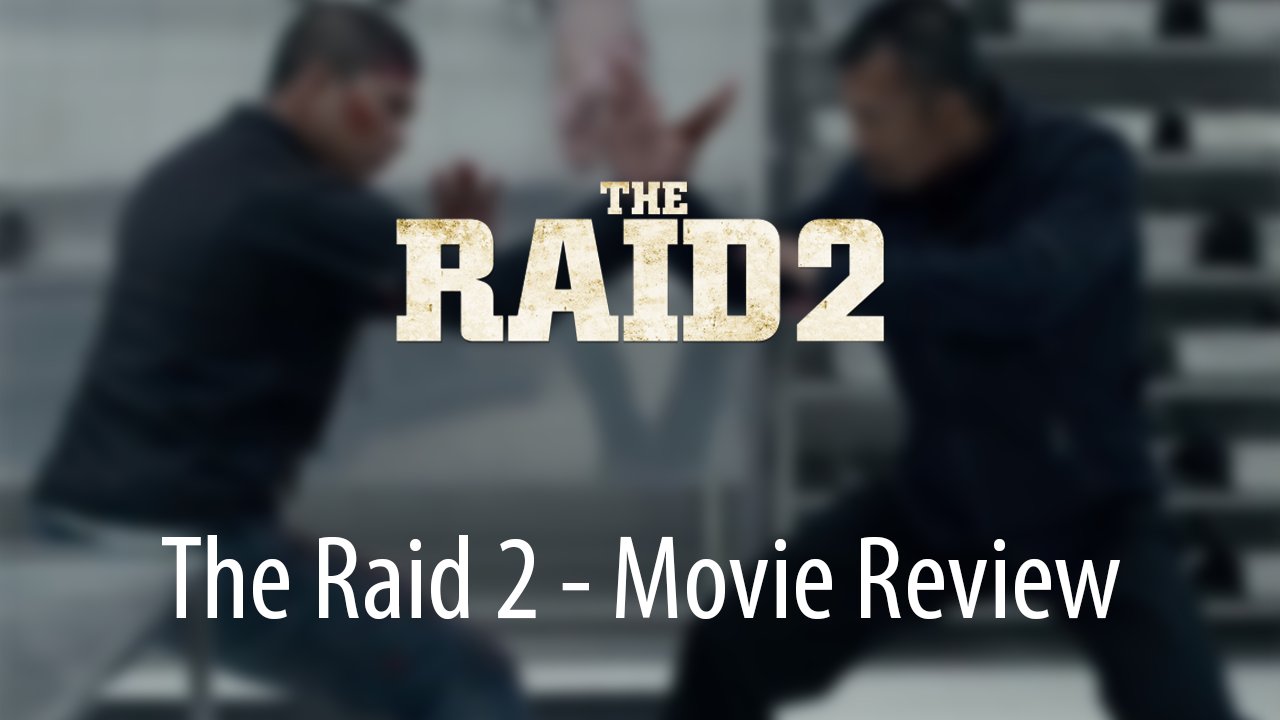 Gareth Evans’  film ‘The Raid’ in 2011 was a surprising hit, it received praise due to it’s innovative action scenes incorporated into an 80’s style plot – in summary, the ultimate throwback. ‘The Raid 2’ hits harder than the first with its expansive nature that boasts some of the best action scenes I’ve ever seen. Simply put, the camera work is phenomenal and the film is stunning to look at and admire. The choreography is as sharp as ever which provides a real ‘bone-crunching’ viewing experience. The plot is far more intricate and the sequel breaks from the chains Evans established in the first. It’s a true sequel in the sense that it’s far better, possibly one of the best shot actions films as of recent. Whilst the action is remarkable and impeccably filmed, at times the action scenes are too bloody and subsequently the plot gets lost. At various points through this movie, I winced at some of the more grotesque action which was unnecessary. Whilst I admired and enjoyed the well-shot action, it all got a bit heavy at times and the plot slumps substantially in the middle which makes the whole movie sag and drag.

Not all the action is grotesque and uncomfortable to view, the majority of the films gave enthralling action sequences with the protagonist – Rama. I dare to say that it was actually quite gratifying at times as the realism of the whole spectacle does stun the audience into a gleeful cheer.  The film ditches the modern ‘shaky-cam’ style of shooting action and is more conventional in its approach with wide sweeping action shots. Thankfully, the film steers well away from nonsense such as ‘slow mo’, instead this film provides submersive and incredibly grounded action which is pleasing to the eye – for the most part anyway.

The Raid was set in one building and was therefore restrained in what it could show. Gareth Evans departs from this and does so successfully which flaunts his versatility. He gives an intricate plot which gives a gritty insight into the corruption and gang violence in Indonesia. In this sense, the ‘Sundance 2014’ reviews declaration that the “Raid 2 is the Dark Knight of action films” is incredibly poignant. Both sequels are bigger, darker and much more intelligent than their predecessor as this is always a good thing. The Raid 2 is most definitely not without fault, in fact labeling it the “greatest action film of the decade” is misleading. Whilst I believe it’s the best shot action film of the decade I do not think it’s the best film as issues hinder it from becoming great. Namely, the character development is lazy and sloppy.  We only get a feel for two characters, Rama and the Kingpin’s son. Whilst they are good characters they cannot carry the film alone. Other characters are lobbed in only to provide spectacle and the plot is sacrificed in the process. Furthermore, the ‘villain’ is poorly developed as we are oblivious to his motivation. In this sense, The Raid 2 is unlike the Dark Knight as the Raid 2 gives the protagonist waves of feeble enemies as opposed to one. I suppose this cheapens the film, making it feel like a video game as opposed to an actual story telling narrative – the balance is never quite right. I must reiterate that this film gives some of the best action I’ve ever seen, but it unfortunately also gives some of the most grotesque. Whilst I love every hand to hand combat scene, some other sequences championed the use hammers and swords to take down enemies – this is not what I wanted. The hammers and knifes make you wince, whilst the hand-to-hand combat makes you jump with joy. Whilst I praise the expansive nature of the sequel, I disprove of the abandonment of the traditional, melee, fighting technique.

Overall, the Raid 2 is a far stronger entry into the series than its predecessor. It breaks from the confinement of the first movie and expands its universe to incorporate the deep, ugly depths of the Indonesian underworld. The action is phenomenal and I have no reservations about saying this film is undoubtedly, the best shot action film of the decade. This is all because of the intricate choreography and the snappy precision of the actors, making way for constant ‘bone crunching’ fights that hit hard and resonate with the viewer. However, the tone is far too inconsistent as the middle half sags due to a lack of character development and clumsy plot holes (cause by clumsy, unnecessary characters). On top of this, the ridiculous and cheesy characters pave the way for uncomfortable/grotesque action that is far too explicit and gratuitous. The reliance on hammers and knives detracts you from the attraction of hand-to-hand combat and at times it feels like a different film. Nevertheless, the majority of the action is great and a feast for the eyes. The Raid 2 is a true sequel as it re-conjures everything good about the first film and adds to it. This is a must-see for die-hard action film fans and will definitely not disappoint the average viewer.

3 Days to Kill – Movie Review
Next