Must Read:iPhone 7 – What we know so far
Sections
Now Reading
Marvel Sequels and Reboots
NextPrev
Contents
183 33
3 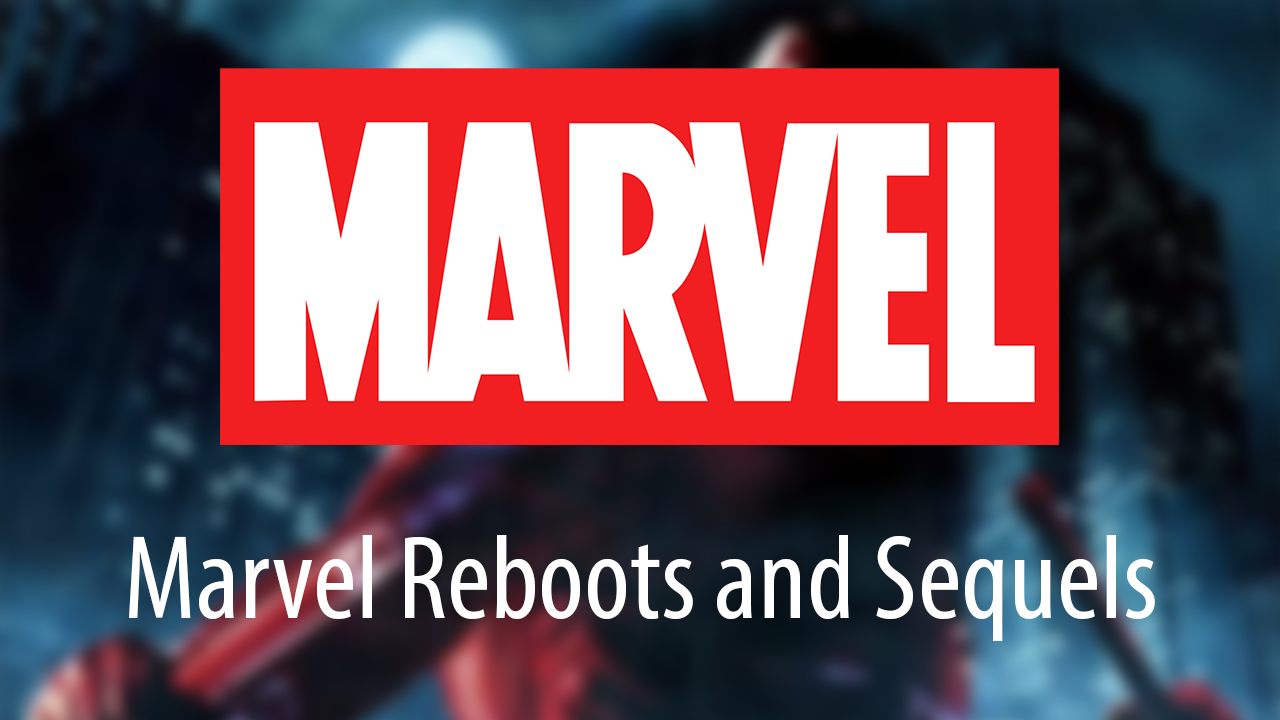 Blade is a Marvel film in the Sony cinematic universe. Another hero in this universe is non other than the Amazing (and regular) Spider Man. Blade is in a universe full of vampires, and he adopts upon himself the responsibility to wipe out all of the vampire race. Vampires are strong, athletic, forever young and can heal quickly or regrow anything that is cut off. Blade himself is half vampire, as his mother was infected just before she gave birth to him. This means that he too has their great advantages and can also withstand sunlight, but he does have to take special medication to quench his blood lust.

Blade does accept assistance when it is available, such as from Abraham Whistler, Blade’s mentor and blacksmith. Although Blade accepts his help in this respect, he refuses to allow Abraham to enter in combat with vampires in fear that he will become infected or even killed.

There were in total three Blade movies from 1998 till 2004. The general opinion is that they were all extremely good, but got progressively worse in quality as they went on. It starred Wesley Snipes (also been in Brooklyn’s Finest and the Expendables 3). The film franchise only stopped because main actor Wesley Snipes was sent to jail for Tax Fraud for two years.

The Reboot was confirmed by Joe Quesada – Marvel’s Chief Creative Officer. Although they are releasing little information at this time, they have narrowed their list down to a 20 actors, including Idris Elba (Thor and Prometheus), award winning director and actor who many people believe could be the first black James Bond. Another actor of the list is Michael B Jordan (as featured in Fantastic! Another Reboot!). If he was to get this role this could create great friction between Marvel universes meaning that the two (Fox and Sony) may never meet eye to eye.

Daredevil is a film about a man who was blinded at the age of 9 by toxic waste. Despite the fact that his sight was taken away from him, his other senses were enhanced, his hearing, his sense of touch. This gave him a radar sense meaning that he can detect people around corners or people blocks away, and his super sensitive touch means that he can read books by glazing his finger over them.

The first Daredevil film was released in 2003 and starred Ben Affleck (Argo and The Town) as the title character. It also featured the ‘Kingpin’ of crime played by Michael Clarke Duncan (The Green Mile and Green Lantern) and his hired mercenary Bullseye – never misses his target with any object, played by Colin Farrell (Phone Booth and Total Recall). Matthew Murdock (Daredevil) is a fantastic lawyer, who own a law firm with his college buddy Foggy Nelson, played by Jon Favreau (Iron Man 1-3). Murdock has an unquenchable thirst for justice, and goes to great lengths to stop crime. In his travels he encounters Elektra Natchios, played by Jennifer Garner (Juno and Dallas Buyers Club).

Elektra was the daughter of a wealthy business man who is another victim of one of the Kingpin’s crimes. Although Daredevil never got to see the big screen again, in 2005 Elektra did in her own film. Although it’s 50 -50 on whether Daredevil is a good or bad film, the general opinion on Elektra is far worse, when she becomes a super ninja/assassin who is in a war against a cult of super powered ninjas.

Tom Rothman, at the time 20th Century Fox’s Executive confirmed that there was going to be a new Daredevil film. He did add that it will not feature Ben Affleck (most likely a reboot) and that it will be grittier. There is currently a Daredevil TV series on Netflix, and the film will get a go ahead if the series is a success. The writers and producers would like their to be a love interest between Matt Murdock and another character. Although it is unclear who the love interest will be, it has been confirmed that it will be either Elektra or Karen Page – Matt and Foggy’s receptionist at Nelson and Murdock – the law firm.

With friction between Fox and Marvel (Marvel wanting their rights back that they sold to Fox), Fox are forced to have a villain or villains that are without a doubt more Daredevil’s than anyone elses. Current considered villains are the Purple Man (convinces people to do what ever he want’s, and he has purple skin), The Owl (Super strong and can fly. Also highly arrogant) or Mr Fear (many characters become Mr Fear, but generally he is a man with a gun that fires gas pellets that render those who inhale the gas immobilized by fear). The film should also include Daredevil’s mentor Stick (named after his bow staff, he too is blind and is a sensi of an elite warrior school called Chaste).

Sharni Vinson (You’re Next and Step up) wants to play Elektra and Gerard Butler (300 and Olympus Has Fallen) wants to play Daredevil.  But in reality Marvel are considering Tom Welling (Smallville and Cheaper by the Dozen). It will be directed by David Slade (30 Days of Night and Breaking Bad), Produced by Peter Chernin (Rise of the Planet of the Apes and Oblivion) and Writer David Scarpa (The Day the Earth Stood Still and The Last Castle). Marvel also wanted Michael Clarke Duncan to be in it again, however, not only was he reluctant to be in another Daredevil movie but he also died in 2012.

Rumours have it that the Punisher may also turn up in the Daredevil film. Frank Castle was a happy family man who worked for the CIA, when one day his entire family is brutally murdered by a mob boss. Frank then goes under the radar and hunts down all the criminals in the world, especially the major ones and murders them gruesomely or tortures them. At present it’s had two reboots (original in 1989, rebooted in 2004 and 2008). A sequel was planned starring jigsaw as the villain, but has since then been cancelled. Moreover this rumour is highly unlikely seeing that the Punisher’s movie rights are currently owned by Sony.

Wolverine 3 is yet another sequel to the X-Men franchise and is yet again based around Wolverine AKA Logan as the title suggests. It has already been scheduled to be released in March 2017 and will be taking place after X-Men Apocalypse. Hugh Jackman (X-Men Days of Future Past and other X-Men films) has thought about retiring from the role after the Wolverine 3 which is more than fair seeing that at present he has done seven films as that character, six of which he was a leading role. Whether or not this will be Hugh Jackman’s last film for the Fox/Marvel cinematic universe is still in question.
It will be written by David James Kelly (Straw Man), rumoured that it will be directed by James Mangold –  (The Wolverine) and produced by Lauren Shuler Donner (all X-Men movies)  and Stan Lee (writer for Marvel). However, whether or not Hugh Jackman wants to do this film is still in question. Moreover, which comic it will be based off of is still a mystery. With Marvel comics releasing a new epic “The Death of Wolverine”, it is possible that they’ll finally be killing off our beloved character.