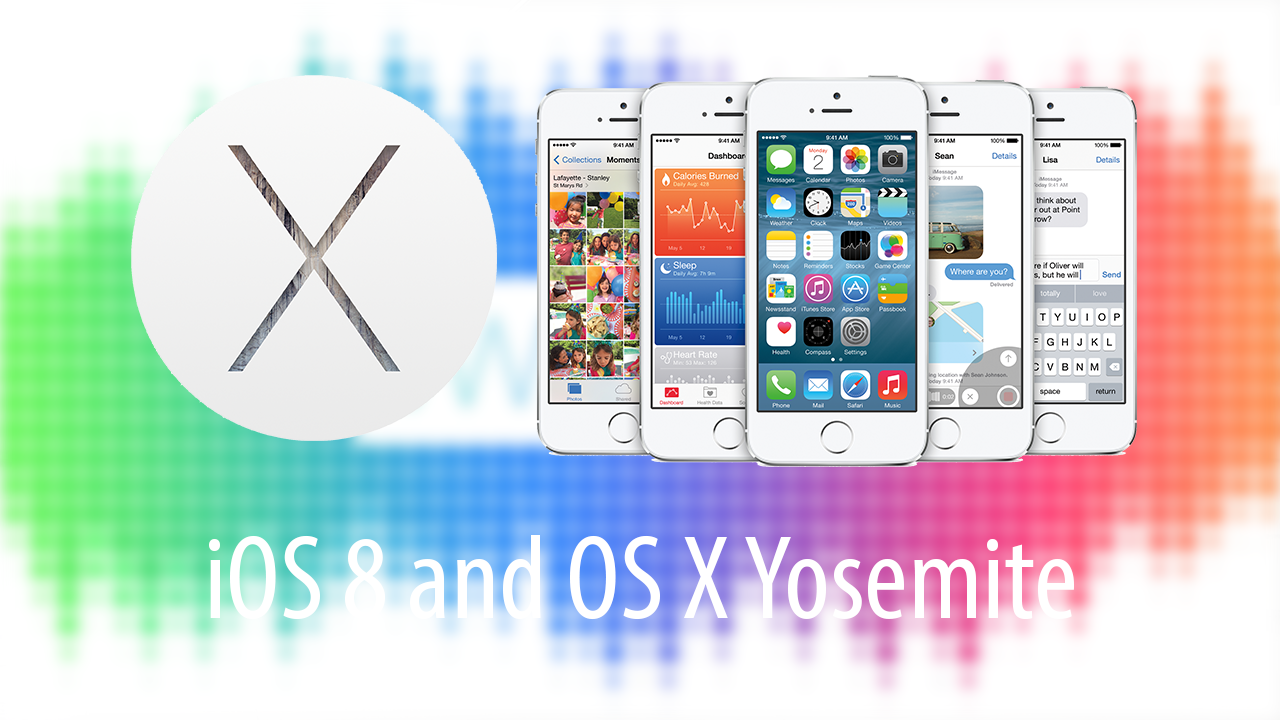 Apple unveiled its new OS X 10.10 and iOS 8 operating systems today during the opening session of WWDC. Although many hoped that Apple would debut its next “big thing” the audience of 6,000 developers were largely introduced to moderate improvements to the existing operating systems.

Apple fans will be quite pleased with some of the new features – particularly the increased connectivity between Macs and iOS devices. Still, many people were hoping for more exciting news.

Here are some of the highlights from today’s Keynote Address:

Graphical Redesign: Apple has made some slight improvements to the interface – including cleaner-looking icons and semi-translucent application windows. The changes are subtle and adhere to the minimalist design of OS X.

iCloud Drive: Similar to Dropbox, you can sync all of your devices to a single iCloud account. In addition, iCloud Drive also supports Windows – allowing users who use both Apple and PC systems to store their files in the same cloud.

Mail Drop: This new feature helps overcome local limits on email attachment file size limits by temporarily storing documents in a user’s iCloud Drive. If the recipient is using Apple’s mail application, the document will automatically download when the user opens the message. If the recipient is using Outlook or Gmail, the message will include a link to allow the user to download the attachment.

“Continuity” Features: The coolest aspect of Yosemite is its ability to work more closely with your iOS device – such as using Air Drop to transfer files between OS X and iOS devices and the ability to “hand-off” active items between your Mac, iPhone and iPad. For example, if you are writing an email on your iPad, you can now swipe your screen and pass it over to your Mac, where you can continue writing the message. You can also answer and place cellular-based calls through your Mac – even if your iPhone is in a different room.

“Hey Siri”: Tired of having to push a button to pull up Siri? With iOS 8, Siri is always listening for you.   With the simple voice command, “Hey Siri” you can verbally call on your iOS assistant to do your bidding. (Personally, I have never found Siri to be particularly useful except to set alarms and check on the weather. She’s pretty useless otherwise.)

Minimize Email Messages: Let’s say you are writing an email on your iOS device – but need to look up another message for reference. With the current version of iOS, you would need to save your email to your Drafts folder, open the other message and then go back to your Drafts folder to resume typing. With iOS 8, you can minimize an email with a simple downward swipe and access other messages in your mailbox. Once you have found what you were looking for, simply swipe upwards and the message you were working on reappears.

iMessage Quick Type: Apple has added a useful feature in iOS 8 that predicts what you might type next and displays possible options directly above the keyboard. It is also context based. For example, if someone sends you a text message asking if you would like to go to dinner or a movie, Quick Type will immediately present you with options for “Dinner” or “A Movie”. It also predicts your word choices based on the person you are texting. If your prior correspondance with one person tended to be more formal in nature, Quick Type will make suggestions that are more fitting for that individual. Likewise, if you tend to be very informal with another person, the suggestions will be suited for that language style. In other words, Quick Type learns how you interact with others and will tailor your choices based on each individual person.

HealthKit: Details on the new health-related applications for iOS 8 were scant and underwhelming. Apparently, HealthKit is an interface that will allow for the collection of biometric data from a variety of different sources into one application. It also allows you to share that data with third-party applications developed for doctors and hospitals.   Apple also introduced the new Health app, which is an interface for users to monitor the biometric data that has been collected by HealthKit. Considering the hype that has been building for Apple in the healthcare arena, HealthKit and the Health app were a disappointment.

HomeKit: Equally underwhelming is HomeKit – which allows you to control automated devices in your home such as lights, thermostat, locks and garage door openers with your iOS 8 device. Currently, each manufacturer has their own app to control their devices. HomeKit will centralize these features into a single application – and even connect it to Siri. While some may appreciate the convenience of Homekit, it does not appear to be anything particularly special.

Earlier this year, Tim Cook promised that Apple had some exciting new products that would be released in 2014. Thus far, I have been very disappointed. Maybe Cook has something up his sleeve for this fall, but I am already preparing myself for another let down.

Tech Stories You May Have Missed This Week
Page Sidebar