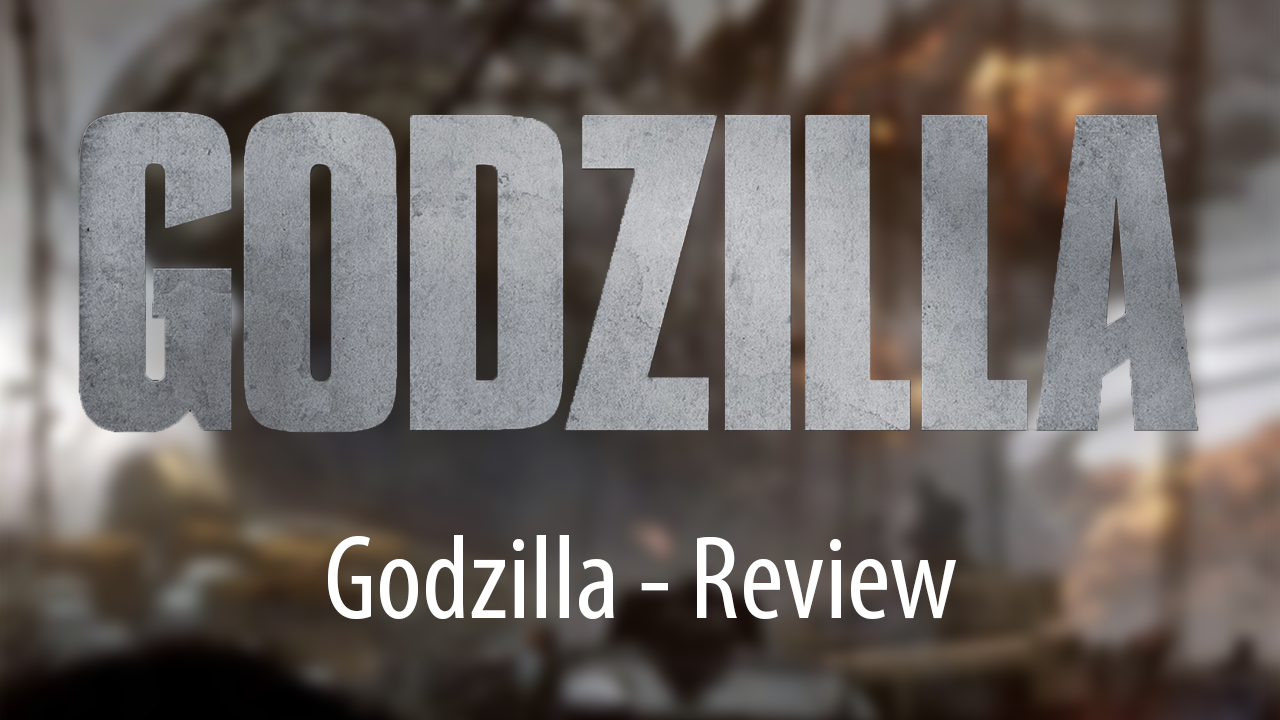 Gareth Edwards’ spin on ‘Godzilla’ is new and refreshing. He provides an entertaining and brutish rendition of the monster, something the abysmal 1998 version failed to do. He nails the monster aspect of the film and this side of the story is told through the breathtaking CGI. But the films failure lie in the human element of the story which is nothing but a uninteresting mess, at the helm of which is the forgettable protagonist (Aaron Taylor Johnson). This doesn’t necessarily detract from the film being incredibly entertaining, it just hinders the film from being truly great.

‘Godzilla’ is not to be confused with ‘Pacific Rim’, if you go into this movie expecting a type of mindless ‘robot wars’ then you will be severely disappointed. Instead ‘Godzilla’ exploits the heroic side of the monster as he strives to protect mankind against monsters who seek nuclear weapons as a life source. It sound similar, but I assure you it isn’t. ‘Godzilla’ is simply more thoughtful. There are weak points in the plot of Godzilla, for example there is a tenuous family story that ‘motivates’ the protagonist. In my eyes, this is just a filler to get to the main event; the monster showdown. It begs the question, why include this clichéd family dynamic anyway?

Before I delve into what didn’t work I must commend ‘Godzilla’ on a numerous amount of things. Firstly, if taken solely from a ‘disaster movie’ viewpoint then this is undoubtedly one of the strongest in that category. It good at what it does. The use of CGI is marvellous and the shots are really quite breathtaking. I’m not a fan of CGI, but with a film like Godzilla it’s vital. What impressed me was the realism to it, the CGI had depth and everything was impressive. The directing in this film is also astonishing, Gareth Edwards clearly has a fascination with the spectacle and this radiates throughout his movie. His long swooping shots of a city are incredibly attractive whilst equally shocking. Some of my favourite scenes in this film are the ones in which the scale of Godzilla is contrasted against that of humans. Seeing the monster in this sense in incredibly frightening, Edwards brings the monster alive by displaying its sheer scale.

The monster element of the plot is very sensible and systematic. I previously said in another post that I was anxious about the inclusion of other monsters. After seeing this film I can say that I was wrong, the extra monsters didn’t ruin the film moreover they built upon the strengths. I like it because it all fit. It didn’t feel out of place at all. Disaster movies are often lumbered with the problem of ‘why do the monsters always go to America?’. This film answers the question and do so in an intelligent way. There’s a gradual build up, geographically and ideologically. In this sense, the monster genre has been given a spark of energy as it has broken away from the generic formula.

On the same note is the tone of the movie. It’s consistently tense. We are teased throughout the film, we only see glimpses of Godzilla but this only builds our anticipation up as a viewer to see him in full towards the end. This pay-off works and is incredibly gratifying. The films come under criticism for the lack of action involving Godzilla himself, my response to this is that this is not ‘Pacific Rim’. The climax to this film and the monster battle is sensational, but the reason why it is so enjoyable is due to the fact that its new and something we haven’t come across for the last 2 hours. Whilst the action in ‘Pacific Rim’ was monotonous, the action in ‘Godzilla’ (particularly towards the end) is fresh and incredibly satisfying. What I loved about this film was the build up, I didn’t want to see Godzilla for the full two hours and for me the build up and anticipation made the reveal that much better. A minor gripe with the film would be its tone which it just little too boisterous. At times it’s necessary but I later questioned the necessity for some of what they showed. If it reigned back a bit and distributed all the noise and action equally then perhaps this may have solved the slight pacing issues.

This all sounds like I absolutely adored the film, I didn’t. I’ve been raving about the ‘monster’ element to this film as that is exceptional. However, the protagonists story (Aaron Taylor Johnson) is very, very dull. His performance was very poor. He doesn’t display a vast array of acting skills as his voice is nothing but monotone and his expressions remain the same throughout. His character lacked serious energy. On the contrast, Bryan Cranston is as enigmatic as ever. This performance shows his versatility and definitely proves he is one of the best actors alive in the industry. However the issue I have with Cranston’s character and Ken Watanabe’s characters are their lack of screen time. These two men are phonemal actors and I believe the film shot itself in the foot by focusing on Aaron and subsequently neglecting the strong cast. My issue isn’t with the human story as such, it’s with Aaron Taylor Johnson. His acting is unquestionably bad, but perhaps the issue lies with the character itself. You do not believe his is the family man he claims as he neglects his family at times, you don’t believe he is devoted to the military. The truth is, we know little about this character. It was far too underdeveloped. This being said, the whole family element of the film with Elizabeth Olsson aggravated me. It’s only purpose was to move the plot along, it was a plot device and she was not a fleshed out character. Therefore, the family aspect was incredibly weak and most definitely clichéd. I would like a disaster movie where the protagonist doesn’t have a family to defend.

Overall, ‘Godzilla’ is a triumph in regards to its treatment of the monsters. The monsters are both stunning to look at whilst being incredibly frightening. The build up to the climax is sensational and the end sequence does pay off. However, as the main protagonist Aaron Taylor Johnson doesn’t pull his weight and gives a lacklustre performance which is forgettable. The film neglects is star studded cast and focuses on Johnson and this is where the issue is. A slight reworking of the script, one which excludes a feeble attempt to create sympathy from a generic family dynamic, is severely needed; if not a re-casting of its protagonist. These simple changes would have made for a stonkingly good monster flick.

John Wick is Back
Read More
60