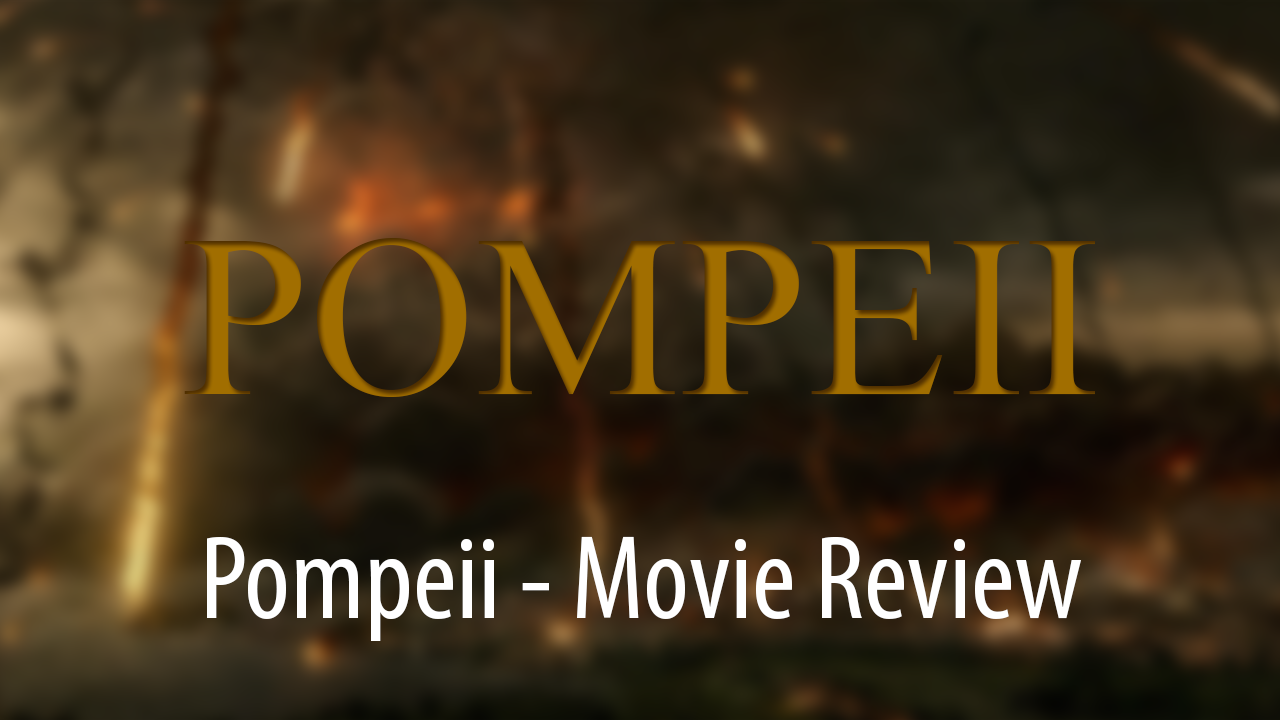 Pompeii isn’t just a disaster movie, it’s a disastrous movie. This film is nothing but a spoof of the brilliant ‘Gladiator’ and the alarming thing is that this film doesn’t acknowledge the fact that it’s bad. Pompeii boasts abysmal CGI, dire performances and a very muddled plot which is accompanied by poor dialogue. Nothing at all about this films works, except from the occasional well-shot action sequence. Pompeii adds to Paul W.S. Anderson’s list of lacklustre generic ‘action’ films.

The plot is probably the most aggravating thing about this film. Perhaps this is so because it had remarkable similarities to ‘Gladiator’ yet lacks the execution of Ridley Scott’s masterpiece. For instance, Pompeii revolves around a slave who seeks vengeance on Rome and on his quest for vengeance he befriends a black slave. If this doesn’t sound familiar enough, the black slave in Pompeii has similar dolls to the character in Gladiator. The dialogue bears vague resemblance, but everything Pompeii does seems camp in comparison to Gladiator. The writers adamantly believed they had crafted a good script, but any dialogue in this movie is laughable and the varied accents don’t help. Furthermore, the plot of the film also incorporates a shoehorned, lifeless romance between the protagonist and a lady of Pompeii. This plot ensues whilst a volcano bubbles in the background for approximately half the film. This film genuinely feels like a complete rip-off off Gladiator, to the extent that the director must have been forced to add a volcano into the mix just to make it unique and to call it Pompeii. It’s all afterthought and there is no cohesive narrative progression.

I appreciate Game of Thrones and I appreciate John Snow, but I abhor Kit Harington in this film. This film is so incompetent in attracting viewers that it relies on the physique of Kit Harington in this movie to attract an audience. This film proves how some actors aren’t cut out to make the transition between TV and actual films. However grand the scope of Game of Thrones is, Kit Harington isn’t forced into every scene. The TV uses him in frequent short doses, whilst Pompeii illustrates how he cannot hold a movie on his own due to his non-existent screen presence. Never have I seen a more one-dimensional character than this one in Pompeii, he’s not attractive as a hero and we find ourselves lacking a real protagonist.  He attempts to don a cocky masculine figure, but what comes across is a sheepish hero with nothing good to say. This film has some of the worst acting I’ve ever seen. Kiefer Sutherland’s character feels like he belongs in a pantomime, whilst Jared Hariss and Carrie-Ann-Moss are completely wasted.

Towards the last 30 minutes the viewer gets what he/she wanted to see; destruction. Even the eruption of Vesuvius is incredibly underwhelming as some scenes look good, but more often than not the CGI was poor and everything looked cartoonist. There were some ghastly shots of nothing but CGI on screen and this was very reminiscent of a cartoon. The faulty CGI took me out of the experience as the destruction I initially enjoyed became unappealing and cheesy.

Paul W.S Anderson can direct a good action sequence, not a destruction sequence. The action in this film is satisfying but nothing new. This is the only area in which I see fit to give merit to this film, even this is limited. The action is one again too similar to Gladiator. Action scenes were plucked straight from Gladiator and forced into Pompeii. Therefore, this film lacks ingenuity it’s most appealing part; the action.

Pompeii is most definitely one of the worst films I have seen in a while. It takes itself too seriously and is nothing but a cheap money grab. Kit Harington is it’s main selling point, but after viewing this monstrosity you will be begging for a refund.