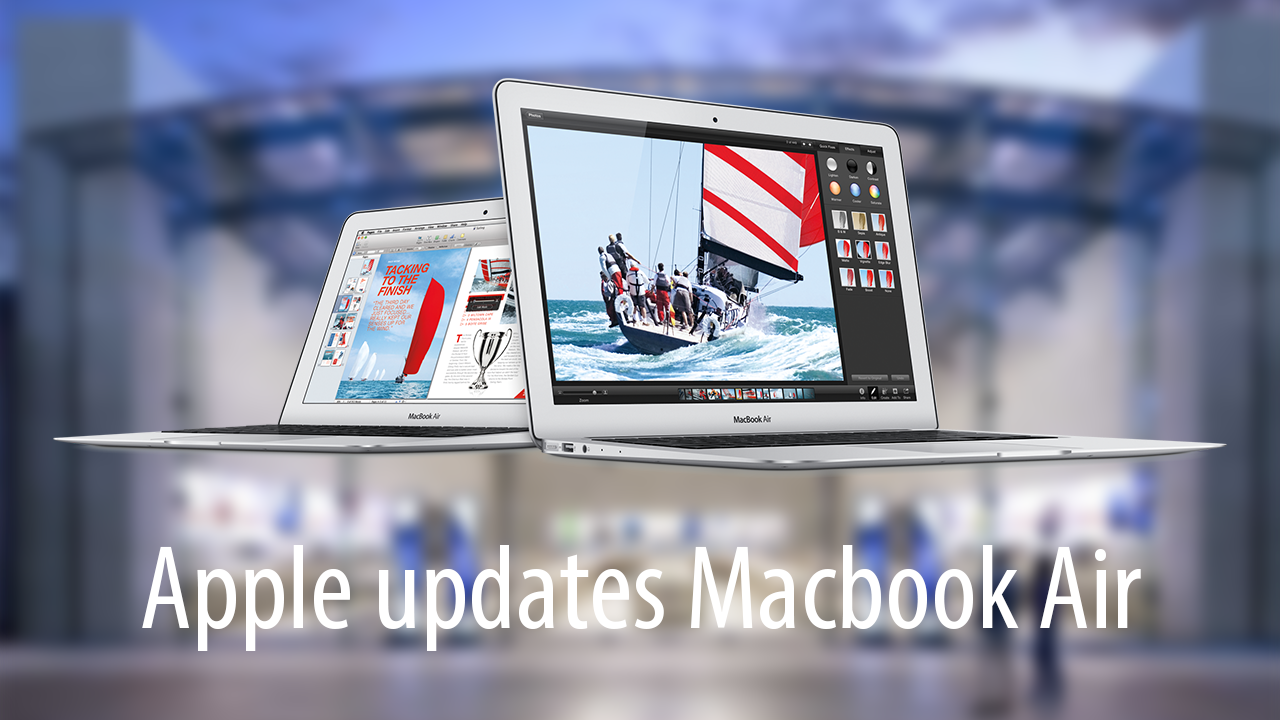 Configure to Order options are available for both models that include a 1.7GHz dual core i7 chip with Turbo Boost speeds of up to 3.3 GHz, 8GB of memory and a 512GB flash drive.

Introduced in 2008, the MacBook Air is the top selling ultra-portable notebook computer on the market, and Apple’s biggest seller among its Macintosh line of business.

There are rumours that Apple is working on a 12-inch version, which may be even slimmer than the current MacBook Airs and have a Retina Display with a resolution similar to the MacBook Pro.  This would be a significant improvement over the 1366 x 768 pixel display found on the 11-inch MacBook Air. The 12-inch version may be released this fall, as part of its annual showcase of new products and there are even hints that Apple may try to merge the MacBook and iPad to create a hybrid of the two platforms.

Since many Apple owners carry both devices already, a hybrid model may make good sense.  Based on an Apple patent filing that came to light earlier this month, it is obvious that Apple does have an interest in hybrid technology.

Only time will tell if such a hybrid will be released in 2014 or is merely another rumour being circulated by enthusiasts anxiously awaiting Apple’s next big thing.

Must Read:Apple Refuses US Order Against Encryption
Read More
338