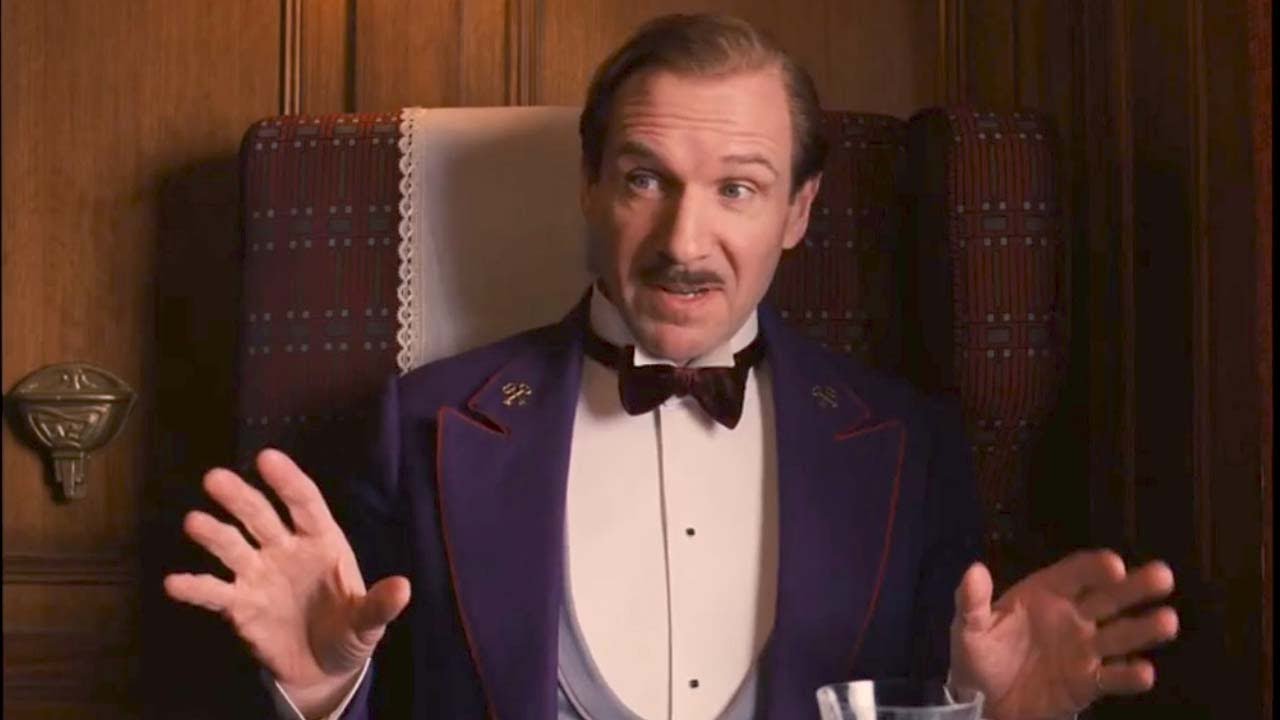 The Grand Budapest hotel is a fictional film inspired by real novels, it opens at the death of an author who wrote a book called ‘The Grand Budapest Hotel’. We then have a flash back to the 1980’s where the author practices a speech about the book, which takes us back to the 1960’s, when he stayed at The Grand Budapest Hotel. The hotel has very few guests, so much so that you can recognize all of them simply by walking past them in a corridor. Then, one day, a new guest arrives called ‘Zero’, a curious old man who owns the hotel. One day Zero approaches the author and compliments him on some of the stories that he has written over the years and invites him to dinner. Whilst at dinner the author asks Zero how he came to owning the hotel, in which Zero tells his story – the plot of the film.

Forced to leave his country due to a great war rendering his family dead, he is forced to find employment in a foreign country and manages to get a job at The Grand Budapest Hotel. Whilst here he becomes friends with the eccentric manager – Gustave (Ralph Fiennes). It is a successful hotel, and Gustave is very friendly with the customers, when one day – a dear friend of Gustave and owner of the hotel is murdered. Gustave takes Zero with him as they visit the owners house. Whilst there, her attorney reveals that the owner did originally want to bequeath her possessions to her son and three daughters, however, changed her mind last minute so that Gustave bequeaths a priceless painting to Gustave, outraging all of her family.

At this they banish Gustave from the house and frame him for the murder of the owner. In the process of leaving, Gustave and Zero steal the painting, hide it in the hotel and start to hide from the law, this is unsuccessful and Gustave goes to jail.

Zero and his fiancé then break Gustave out of jail and return to the Budapest hotel to retrieve the painting, only to discover that the owner’s son is now running the hotel, and tries to kill the three of them, however, they discover a new will and testament hidden in the back of the picture which states that Gustave will inherit all of her possessions, and evidence comes out that it was her son that murdered her.

It portrayed itself as an artistic film, however, this could not be further from the truth. Although the trailers give it no justice, the film is a ridiculous comedy aimed at those who enjoy a good conspiracy, a series of twists and a farce or two. It is portrayed it in a relatively unique manner, making even the crudest of jokes seeming tasteful, and certainly one of the best films that 2014 will produce. An utter master piece. The entire film is lined with hilarity, be it the characteristics of characters or the way it portrays the point that if you open your eyes, you will see these weird people and things on a day to day basis.

My words can’t give this film justice, but it was executed perfectly, be it the writing, the directing or the casting. It’s a must see. In summary, the story line is easy to follow and is an entertaining ride, more so than most, and an unforgettable story. You’ll definitely have a good stay at The Grand Budapest Hotel.

John Wick is Back
Read More
62

Hearthstone for iPad released
Next

Will Spider-Man be joining the X-Men?
Page Sidebar