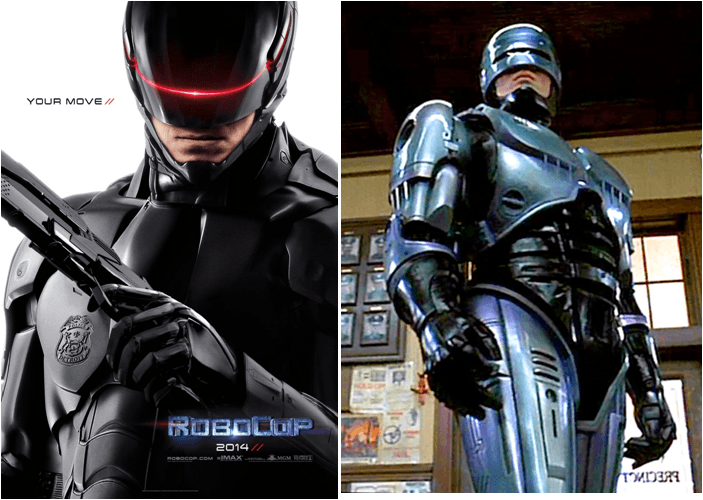 As you may know Robocop was a film originally from 1987, and as you know they have recently released a remake of the film. When I saw the original, it was funny, entertaining, gripping and had a great story line. Clarence Boddicker (played by Kurtwood Smith) is well known for being one of the greatest villains to hit the big screen.

However, when I saw the remake, it tackled the film from a completely different angle. It was less focused on action but more on the concept, why are they making a robocop? What difficulties do they over come? How do they do it? They tried to make it more realistic than the 1980’s version. However, the story line in the new Robocop was varied, for they replaced Clarence Boddicker with Antoine Vallon, a more sane, less entertaining and less skilled Clarence Boddicker. The story line to the 2014 version is not just hunting down the people who attacked him in the first place, but also uncovering corruption in the police department, two completely unrelated story lines all together. It was written like a video game.

On the other hand, it was still an entertaining and watchable film. It contrasts to the original in so many different ways, however, it makes it even more obvious that Robocop is in fact Judge Dredd. This doesn’t harm the film or character in anyway though.

All in all, the original is better than the remake (even thou the remake has Samuel. L. Jackson) , but it is still good to watch to see the contrast in the idea, as they tried to make it as different as possible.

John Wick is Back
Read More
69