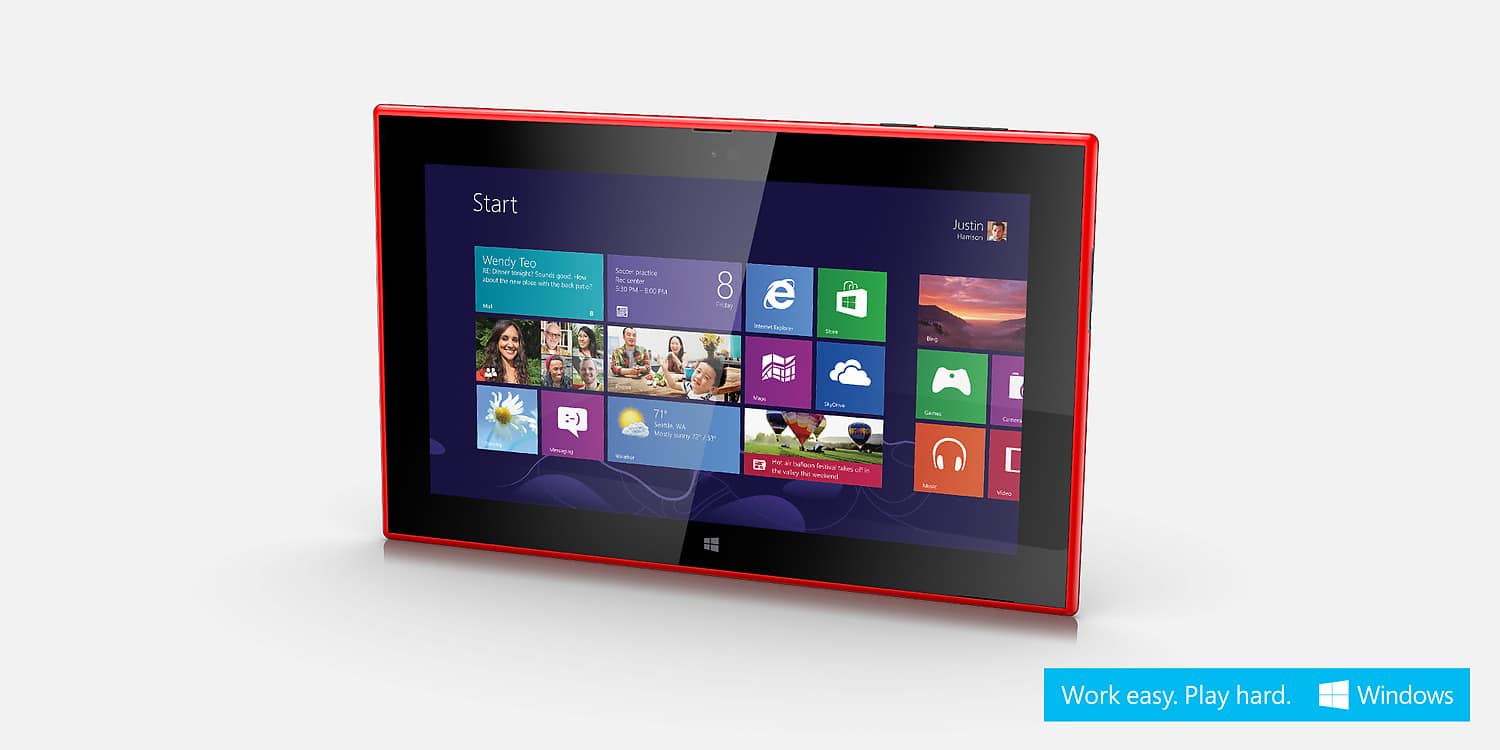 Nokia have recently started to impress fans by releasing very desirable products. Whether it may be the Nokia Lumia 1020 with an award-winning and stunning 41 megapixel camera sensor, or the budget Nokia Lumia 520 which has been released with great specs for the great price, Nokia have really blown us away with most of their recent products, but what about their new tablet?

Nokia have finally entered the tablet market by releasing their first tablet, the Nokia Lumia 2520, which is running on Windows RT 8.1. It is currently priced around £400 on the UK market. This tablet does come with some great specs including a 2GB RAM, a 2.2GHz Quad-Core Qualcomm Snapdragon 800 processor and 32GB memory which can be expanded by a microSD card up to 32GB.

One of the highlights of the Lumia 2520 is the screen which features a full HD screen of 1920 x 1080p resolution and a PPI of 218. If you think this wasn’t enough then think again because the screen has been made from corning gorilla glass 2 and to make your images look even more sharper the screen also comes with 24- bit true colour technology. To make it even more useful for users, Nokia have also designed the screen to enhance outdoor visibility, so the screen is perfect for outdoor use.

The Lumia 2520 comes packed with great features. It comes with 4G LTE as standard, to help enable faster downloads and a faster data connection using a SIM card. It also comes with NFC capability and features Bluetooth 4.0. For a decently priced tablet it also feature a micro HDMI slot, enabling users to connect to a projector or even a high definition television.

The Nokia Lumia 2520 also comes with a very impressive battery life. The 8120mAh battery is supposed to last for up to 11 hours of use or 25 days of standby time.

The tablet runs on Windows RT 8.1 which comes equipped with Microsoft Office which will be very useful for many people buying this tablet for work or education purposes.

There are a couple of downsides to this tablet, the main one being its OS. Many people do not favour Windows RT 8.1 due to the lack of apps available in the Windows App Store. Another problem is the actual design, many people may find it attractive, but it is the same colourful, plastic design that Nokia have been bringing across their range of Lumia devices.

Overall, this product has many great features and although this tablet has a couple of downsides, but they have not done a bad job for their first tablet.

John Lewis are selling the tablet at a great price for only £399.95.
http://www.johnlewis.com/electricals/ipad-tablets/nokia-tablets/c6000710018

Spotify will offer free streaming on iOS and Android
Next