Google Chromecast: What You Need To Know 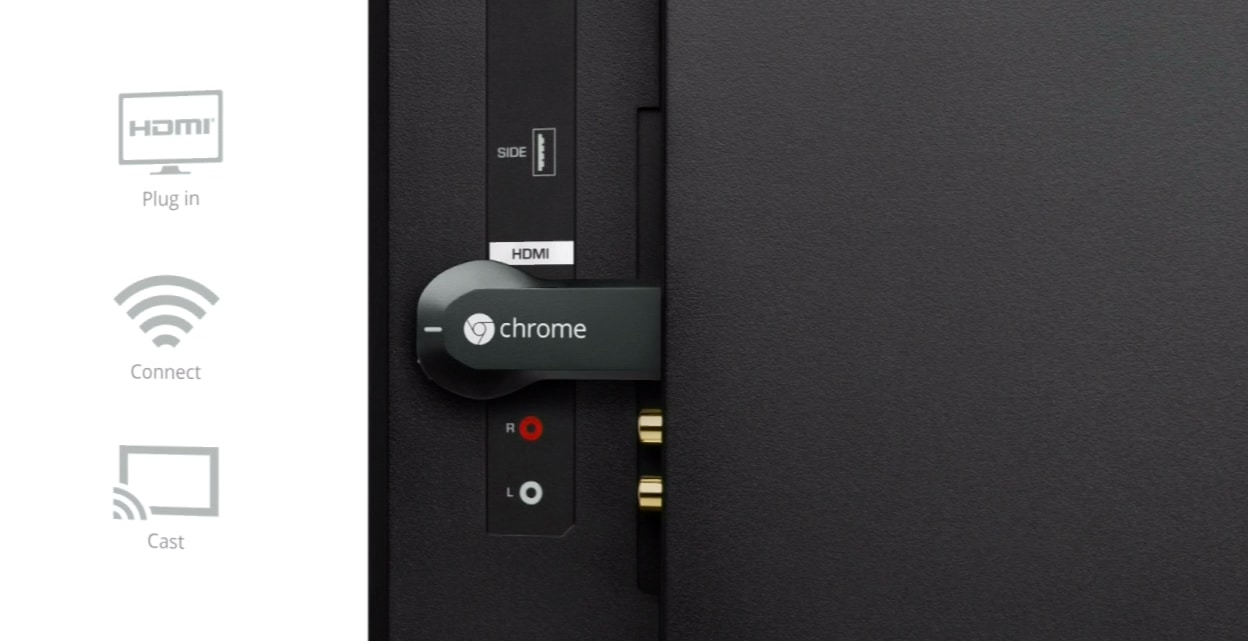 At times it becomes difficult to show content from your mobile, such as your photos and videos to your many loved ones. Apple offer their Airplay service whereby customers are able to stream their content from their Apple device onto their HDTV’s via Apple TV, although a cost of £99 is required for the Apple TV box. Over the years alternatives such as Apple’s Composite cable have been released but even they set you back by £35. Some may call that reasonable, yet some may say it is definitely not worth the price especially if it is only compatible with mostly Apple products. So what are other cheaper, all-rounded alternatives?

Well the answer lies within the recently released Google Chromecast. This dongle-device allows users to send their photos, movies and music to their HDTV, with a range of devices such as Android tablets and phones (running Android 2.3 or higher) , Apple products (iOS 6 or higher) and products running Windows 7 and Mac OS 10.7 or higher

The Google Chromecast is priced at $35 from the Google Play Store, which is more reasonably priced than any other similar Apple product released over the recent years. Simply plug this dongle to your HDTV, connect it to your Wi-Fi network and enter the world of Google Chromecast by playing your media on your TV, wirelessly. With Google Chromecast you can also control your volume etc. from your device. Applications are also available on this affordable advice such as YouTube and Netflix which makes it even more convenient for customers.

With Google Chromecast you literally get a lot for, what some people would say, a more than reasonable investment. With more updates coming very soon for Google Chromecast, we can expect to see more, such as a wider range of apps as well as much more.

The Google Chromecast certainly does  have great potential and at first glance does seem affordable. However, unfortunately the product is not available for the UK as yet directly from the Google Play Store, but it can be purchased from Amazon UK here Google Chromecast HDMI Streaming Media Player

Must Read:Apple Refuses US Order Against Encryption
Read More
338